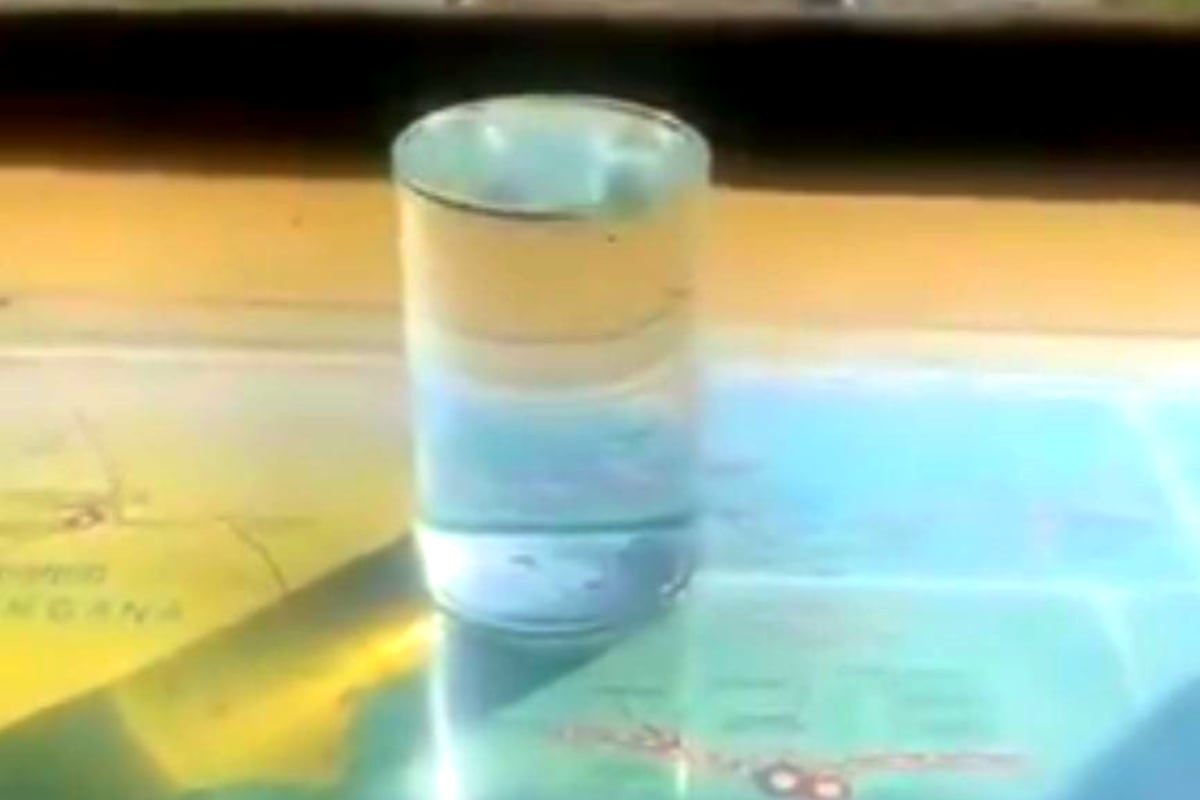 Indian Railways: If you travel on our Indian trains … do you believe that there are no jerks … there are those who say “why not … if I was drinking tea on the train … it hit me”. So … Union Railway Minister Piyush Goyal … did a test. Same glass test. During the high speed train journey between Bangalore and Mysore … a glass of water was poured and placed on a table. In fact if the train goes so fast … it will definitely fall under the water in the glass. But … not a single dot fell on this journey. The reason is … Maintenance work has been done on that track recently. Smooth railway track system has been developed as the Railway Department has directed that the journey should be without jerks under any circumstances. Piyush Goyal posted a glass test video on Twitter on Friday night.

Through this video, everyone can understand how smooth the Mysore-Bangalore railway track is in Karnataka. While watching the video, we feel like … the train is going so fast … that there is no water.

The video is a testimony to our intensive track maintenance carried out by Indian Railways:

The journey has become so smooth that not even a single drop of water 💧 spilled out of the glass while the train was traveling at high speed between Bengaluru & Mysuru in Karanataka. pic.twitter.com/lK9lK4kt99

“The journey was smooth. No matter how fast the train was going … not a single drop of water fell from the glass. The reason was … very carefully maintained track maintenance,” Piyush Goyal said in his tweet.

This video has already been viewed by over 50,000 people. Liked by over 4 thousand people. Since the test was done … a user commented that it would be better if the train speed was too much. Another user commented that no matter what the track is … it also depends on the loco pilot who drives it … if they don’t drive properly … if they apply sudden brakes … then there will be a water leak situation. Another user asked if the glass was kept in the first coach … in the last coach. Overall everyone is looking forward to it. The rest of the tracks in the country want to do the same.

Sir, is this test done with ‘Talgo Train’? If yes then please confirm at what speed the train was running when this water glass teat was done. Anyway congratulations for passing this but test. Hope to see High Speed ​​Train running between Mysore and Bangalore very soon.

Overall we are doing good but one that particular day it depends on the locopilot. Some idiots still think they are driving a bus and applying break without sense.

Can v try same challenge in sbc ask dvg ubl line historically neglected because our MPs & MLAs were comatosed in filling their own coffers & promoting their family? This line is neglected since independence PMOIndia arenarendramodi uresureshpprabhu sorry to say ur no different

Holding the same on all NH ways here in India ….

With a total cost of Rs 40 crore … these works have been done in the last six months. A total of 130 km of track was fully tested. In particular, ballast insertion, track tamping, and strengthening of embarkations were undertaken. That is why the record is now possible.