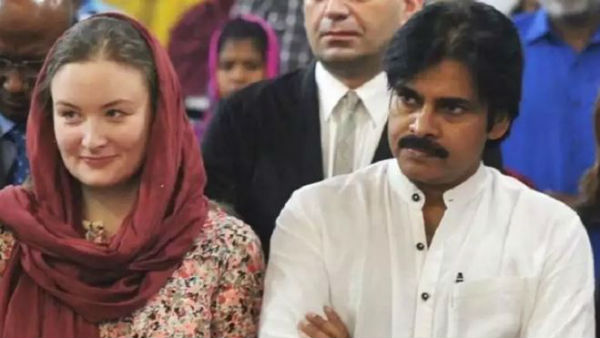 A large number of family members at the wedding ceremony

More than a hundred people, including family and friends, attended the nebula wedding. Along with the mega young heroes, the Allu Brothers also made a splash at the event. Many photos of them also went viral on social media. It is learned that the entire family members reached Udaipur Palace two days before the wedding.

Pawan Kalyan with son and daughter

Pawan Kalyan made an unexpected entry a day earlier. Pawan Kalyan, who had already missed the Nebula engagement ceremony, was the special attraction at the ceremony a day earlier this time. The photos of Akira Nandan, the eldest son, arriving in Udaipur on a special flight with his daughter Adhya also went viral on social media.

Anna Lezneva not coming to the wedding ..

However, some rumors on social media went viral as Pawan’s wife Anna Lezneva did not get married. Anna Lezneva has participated in mega family events many times in the past. Shreeja was also involved in various activities as a little cousin before her marriage. Apart from learning Telugu, she also follows purely Hindu traditions for Pawan.

This is the real reason.

And the real reason why Anna Lezneva did not come to the wedding was that she was not in India. She flew to Russia with her children a few days ago. He travels to Russia every year during Christmas during December. Pawan Kalyan also went to Attarinti in the past. Hence the information that he could not attend the wedding.

Special gift for the bride

It seems that Anna Lezneva sent a special gift for the bride, although she could not attend the wedding. Specially designed a dress and sent as a wedding gift. There are a lot of wedding gifts for Nebula. Mega heroes also seem to be given expensive gifts. The longer the value of the gifts the better

Information that is more than Rs 5 crore.