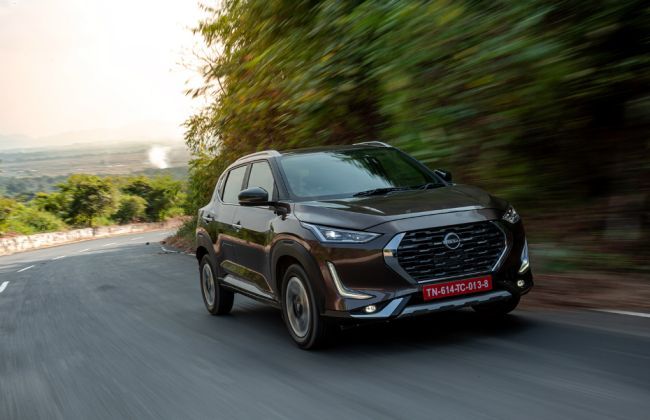 Can the segment’s most affordable automatic powertrain deliver the promised mileage in the real world?

Nissan entered the crowded sub-4m SUV space in December 2020 and set a benchmark in terms of affordability. With a starting price of less than 5 lakh rupees, the Magnite Not only is it cheaper than all of its rivals in the segment, but also some sedans that fall under the same length criteria. It’s a gasoline-only offering available with either a 1.0-liter naturally aspirated gasoline engine or a 1.0-liter turbo gasoline unit. While a 5-speed manual transmission is standard for both engines, the latter is also offered with an optional CVT. We took the Nissan Magnite Turbo CVT for our fuel efficiency test and this is what the numbers revealed:

While the CVT-equipped Magnite fell short of the ARAI-declared figure under city conditions by delivering just 13.6kmpl, it exceeded the stated figure by more than 0.5kmpl on the highway.

Related: 2020 Nissan Magnite XE: pros, cons and should you buy this variant?

Let’s see how it would have worked in mixed driving scenarios based on our logged mileage:

For those who use the sub-4m Nissan SUV primarily in the city, expect the Magnite to return a mileage of around 14.5kmpl. However, if your daily commute involves driving on wide, open stretches of roads, the Magnite could deliver a mileage of around 17 kmpl. If you’re someone who uses the SUV equally between city and highway, expect an average fuel efficiency of 15 kmpl.

Read also: Nissan Magnite gets more than 5,000 reservations in the 5 days after launch

It is important to note that fuel efficiency depends on a combination of driving conditions, the condition of the car, and your driving style, so your experience may vary from ours. If you’ve booked a Magnite gasoline turbo CVT, feel free to share your findings with us in the comments.