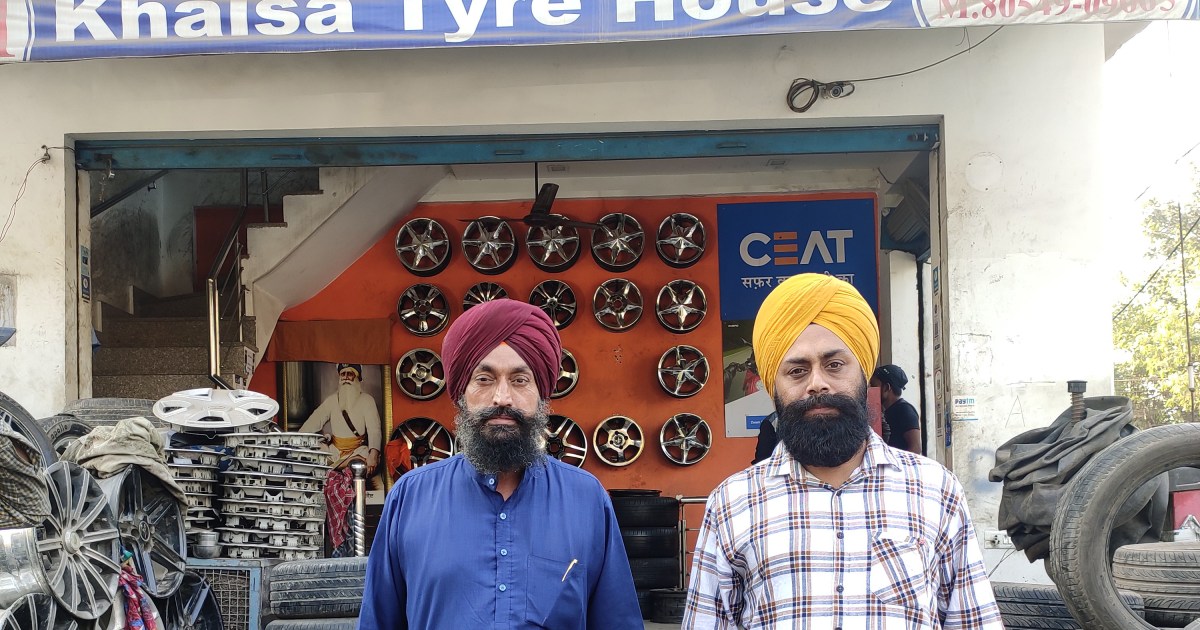 Amritsar, India – Surbeer Singh was just three years old when his family fled Afghanistan’s Nangarhar province to escape religious persecution and war in the 1980s. Since then they have lived in the northern city of Amritsar, waiting to be granted citizenship. India.

But exactly one year since the country’s parliament passed the controversial Citizenship Amendment Act (CAA), no immigrant has obtained citizenship under the CAA.

One Sikh refugee, Surbeer, 33, is among 31,313 eligible refugees in India, most of them from Pakistan, Afghanistan and Bangladesh, who have been waiting for years to obtain Indian citizenship.

He is concerned about his status, as his visa expired in July. “I live on borrowed time on borrowed land,” Surbeer said.

“They ask me to return to the place where I fled [from]. How can I go back now? For me, India is my home, ”he told Al Jazeera, adding that the Afghan embassy asked him to return to Kabul to obtain his visa.

“We face religious persecution in Afghanistan and Pakistan. We face identity discrimination in India, ”said Surbeer.

In Amritsar, a community of refugee families live together in an area just five kilometers from the Golden Temple, one of the holiest shrines in the Sikh religion.

Surbeer, who works as a parts dealer, is one of the few lucky refugees who now has a home. “When we arrived in India, we fought in a small rented room in Krishna Nagar in Amritsar. Over the years, I worked hard and eventually bought a flat on Amritsar’s Golden Avenue with the help of my family members. It is registered to my wife as she is an Indian citizen.

“We are fine with the grace of God. We eat well, sleep well, and work well. The only problem is the visa and identity, “said Surbeer, who lives with his family of five.

“In Amritsar, people sometimes call us Afghans and Pakistanis. Sometimes schools ask for legal documents, our children are afraid to show their Afghan and Pakistani passports. People do not prefer to marry our children. They don’t do business with us, ”he said.

Hundreds of these families have settled in the border districts of the Indian states of Punjab and Rajasthan, as well as in the capital, New Delhi.

The government of Prime Minister Narendra Modi said the CAA aimed to help refugees who have lived in India for years without any legal status.

But refugees were unable to take advantage of the controversial law, which sparked anti-Muslim unrest in New Delhi, as the Interior Ministry (MHA) did not draft guidelines to implement it.

Al Jazeera mailed a detailed questionnaire to an MHA spokesperson, but did not receive a response at the time of publication.

Last month, more than 200 Hindu and Sikh refugees returned to Pakistan in financial distress because the law was not in force, prompting critics to question the government’s sincerity towards the refugees.

India is not a signatory to the 1951 United Nations Refugee Convention and its 1967 Protocol, and does not have a national refugee policy, despite hosting more than 200,000 refugees from Tibet, Sri Lanka, Pakistan, Afghanistan and Bangladesh.

Refugees from Pakistan, Afghanistan and Bangladesh receive long-term visas (LTV) initially for five years and then renewed every two years.

“LTV is nothing less than a house arrest. We are not allowed to leave the station without permission, ”said Saran Singh.

Under their current visa regulations, migrants from Afghanistan, Bangladesh, and Pakistan are only allowed to do private jobs. The children of visa holders mostly drop out of school after school as they are not allowed to leave the city to pursue higher education.

“However, the problem arises when our children have to pursue a higher education. Sometimes technical education is not available in Amritsar and our children cannot leave the station without permission under the LTT visa rules, ”Saran Singh said.

“Even if I have to go beyond the Golden Gate of Amritsar (Amritsar city limits) for a check-up at the hospital, I have to seek a prior permit which can take days,” the 53-year-old said, referring to the slows its movement. Saran Singh came from Peshawar in Pakistan in 1999 along with her family of seven.

Harbhajan Singh, 42, who lives in Amritsar, says he was detained by police for questioning while his brother visited the Golden Temple from Delhi without prior permission from the police. Harbhajan and his brother, Harbans Singh, both fled Peshawar in 2012, but were eventually granted visas for Amritsar and Delhi respectively.

Shiv Kumar, a Hindu, left Peshawar for Pakistan in 2005 together with his family to seek refuge in India.

“For different family members, the visa renewal date is different. It is such a complicated process that it requires the full participation of at least one family member who is assigned responsibility for paperwork for all of us, ”the 29-year-old told Al Jazeera. He is the sole source of income for his family of six, including his elderly parents.

Many refugees have lived in India their entire lives, but have not yet been granted citizenship.

Surbeer from Afghanistan says his brother Arwinder Singh, who was born in India in 1994, is not yet an Indian citizen.

“He wanted to study more, but the visa prevents him from leaving Amritsar. He dropped out of his education after class 12. “

But for many Muslim immigrants from Pakistan, Afghanistan and Bangladesh, obtaining Indian citizenship is impossible, as the new law prohibits Muslims from applying for citizenship.

Shabnam Khan (name changed) married an Indian Muslim in 1996 in the village of Fazilka, in the border state of Punjab.

“Now I am the mother of two children. I was hoping to be accepted as an Indian, but 24 years have passed, I am still Pakistani. ” Khan still lives in India with an LTV. Now 40, he still faces the same problems as everyone else while renewing his visa. “The blocking of COVID-19 made it even more difficult. In a year we have to visit Delhi at least two or three times to get documentation. Every time they raise some objections that are only clarified if we agree to pay a bribe ”.

Muslims and liberal Indians opposed the CAA, who said that by making faith a basis for citizenship, the law went against the spirit of India’s secular constitution.

Many Muslims feared that the CAA, along with the National Citizens Registry (NRC), which aims to identify undocumented immigrants, could be used to disenfranchise them.

The xenophobic and anti-Muslim rhetoric promoted by the leaders of the ruling Hindu nationalist party Bharatiya Janata has not allayed their fears. Interior Minister Amit Shah, considered Modi’s right-hand man, described the Bangladeshi immigrants as “termites” and “infiltrators” and a threat to national security.

The BJP has also threatened to expel Rohingya refugees seeking refuge in India.

Two BJP spokespersons Al Jazeera spoke with declined to comment on why the CAA has not been implemented so far, but Shaheen Kausar, a social activist closely associated with the protests against the CAA, said the government’s intention was dishonest since the beginning.

“All of these are tactics to divert attention from issues that may harm your interests. These laws are introduced to eliminate voices of resistance and dissent. If the government cared so much about refugees, why hasn’t the law been implemented until now? Kausar asked.

Manjinder Singh Sirsa, a politician from the Shiromani Akali Dal party in Punjab, said he supported the government when it introduced the new citizenship law. “It was supposed to bring relief to those who have been waiting for years.

“I don’t understand what the purpose of the government was when they brought this law. Only the community can judge whether the law was communal or a political trick, but those who waited for help have been disappointed.