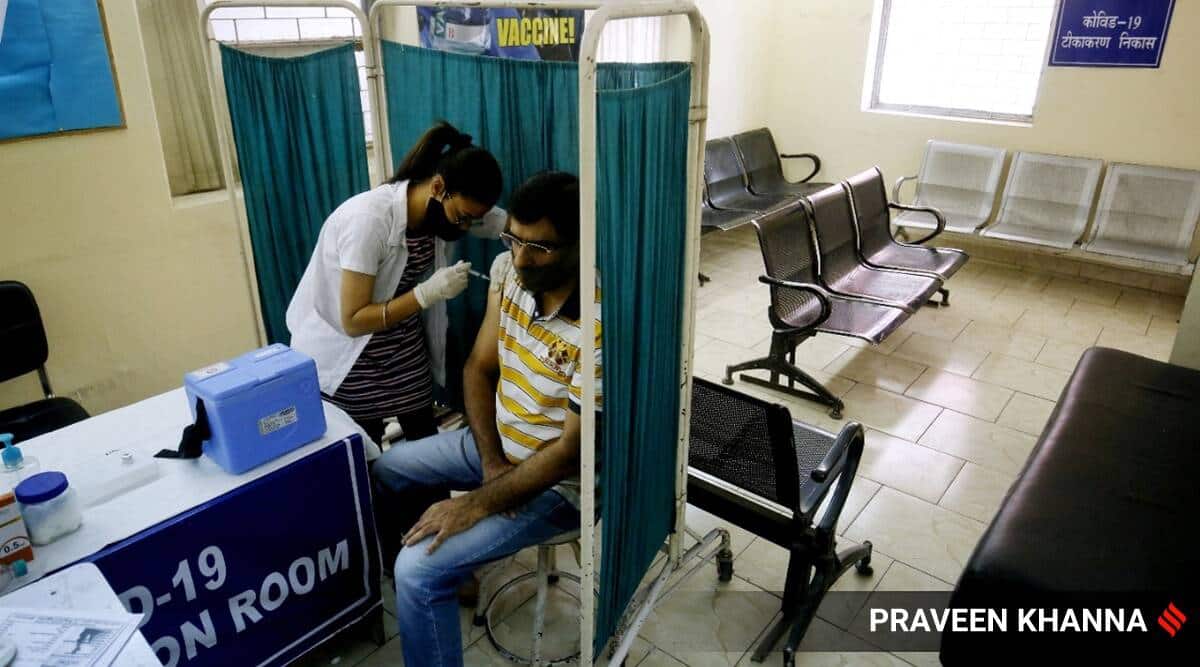 Decision of the Serum Institute of India i repair the Covishield vaccine rate for private hospitals and state governments has attracted harsh criticism from the Opposition, who argued that there was no logic in charging state governments higher when the Center was getting the same vaccine at Rs 150 per dose.

The Serum Institute of India (SII), the world’s largest vaccine manufacturer, announced on Wednesday that it will charge state governments Rs 400 per dose and Rs 600 per dose to private hospitals for the vaccine. In a statement, SII said that “the promising directives will help increase vaccine production, and allow state governments, private hospitals and vaccination centers to procure vaccines directly.”

He added that 50% of its capabilities will be submitted to the Central government vaccination program in the next two months, while the remaining 50% will be for State governments and private hospitals.

“Central Govt will continue to pay Rs 150 per dose for Covishield. State govts are now charged Rs 400 doses. This is not cooperative federalism. This will bleed the already-bleak state funding dry. Terrible! ”Ramesh tweeted.

Central Govt will continue to pay Rs 150 per dose for Covishield. State govts are now charged Rs 400 doses. This is not cooperative federalism. This will bleed the already-bleak state funding dry. Terrible!

We demand One Nation, One Price to Center and State governments. pic.twitter.com/YiOIWosNee

He further demanded one nation, one price for COVID-19 vaccines.

Congress further slammed the Center saying that the move is “discriminatory” and that it will benefit only “a few big industrialists” while the ordinary people suffer.

Congress leader Rahul Gandhi took to Twitter to allege injustice on the part of the central government and compared the new vaccine policy with blackmail. “The tragedy of the country, an opportunity for Modi’s friends. Central government injustice, ”he said in a tweet using the hashtag“ #VaccineDiscrimination ”.

“The central government vaccine strategy is nothing less than blackmail. The ordinary people will stand in queues, suffer loss of wealth, health and life and in the end only a few big industrialists will benefit, ”Gandhi said in another tweet.

“How many people aged 18 to 44 can afford to pay Rs 400 a dose? Will the cost be a burden on the beneficiary, ”said Chidambaram. He also asked how many provinces would be willing to pay the price of the vaccine and subsidize the people.

Following the criticism, the CEO of SII Poonawalla Birds later explained that it is not a different price. “All government prices will now be Rs 400 for new contracts,” he said. “Please understand that the Rs 150 price thrown around has been to central government for previous commitments and contracts. Once that is over, having supplied them with around 100 million doses, which were ordered in bulk a long time ago, we will also charge any government Rs 400, ”he said.

So, after opening the policy, “the new government price is Rs 400 and for private hospitals it is Rs 600,” he said. “Also to put it in context, it’s half or a third of the price of most global vaccines.”

The previous pricing, Poonawalla said, was given without even knowing if the vaccine will work and was an agreed “risk-sharing price” for a limited amount of quantities. “Now that the vaccine is licensed and showing good effectiveness, we have now announced, based on new government policy, these prices,” he said.

He also said that SII will be able to raise its monthly output of the University of AstraZeneca-Oxford COVID-19 vaccine to 100 million doses by July from 60-70 million now, later than a previous timeline of late May.

India initially immunized the most vulnerable, but expanded that to anyone over 45 years on April 1 due to a surge in cases. It has now allowed all citizens over the age of 18 to be vaccinated from May 1.

Covishield contains over 90 percent of the 12.76 crore COVID-19 vaccines administered nationwide so far, according to government data on Wednesday.