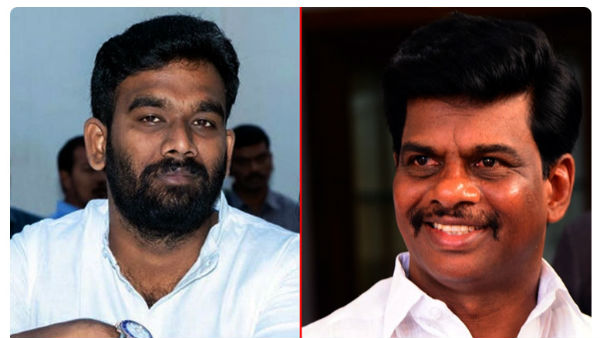 Take care of your cases, Paritala’s family is upset over MP Gorantla Madhav’s remarks. Sunita Gorantla of Paritala has already given a warning to Madhav. Then Paritala Shriram Gorantla met the bullets of words on Madhav. If we are gully level factionists, you should look at your cases before you say Delhi level rapist V, why are you next to them, said Paritala Shriram. “Everyone knows your history, MP. It is not right for a factionist to label us for your political gain,” Paritala Shriram said indignantly.

Hindupur MP Gorantla Madhav’s remarks for Jagan Meppu reminded that people were happy during the reign of Paritala Shriram and Paritala Ravi, who said that factionalism was in Rayalaseema at that time due to the circumstances when it came into politics. Hindupur MP Gorantla Madhav has been criticized for making such remarks to please CM Jagan Mohan Reddy. Mentioned that there is definitely a reaction to an action.

Paritala Ravi, who welcomed the construction of three new reservoirs in the Raptadu Assembly constituency, expressed deep displeasure over the removal of Paritala Ravi’s name for the irrigation project in the Raptadu constituency. It was ignited as a political party achievement. At the same time, Paritala Sriram questioned why the YSRCP government was not moving ahead with the construction of the Peruru reservoir in the Ramagiri zone. Source