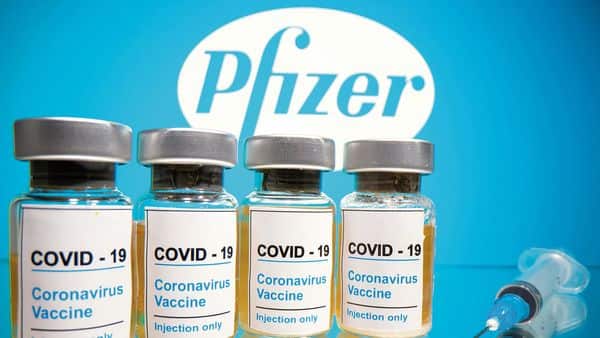 An independent expert panel created by the US Food and Drug Administration voted 17-4 on Thursday in favor of granting emergency use authorization (US) to Pfizer and the covid-19 vaccine from its German partner BioNTech. .

However, the phase 3 data of the US company published in the New England Journal of Medicine (NEJM) on Thursday, as well as the regulator’s briefing document for the vaccine, showed a lack of data on Asian participants, a potential concern considering Pfizer applied for a clinical trial exemption in its application for an emergency license in India.

A Pfizer spokesman said the term Asians in the data refers to ethnicities across the Asian continent, including Indians.

Only 4.3% of the global phase 3 trial participants recruited by the US company were Asian, while the efficacy rate for the diverse ethnic group was 74.4%. In contrast, the company’s overall efficacy was 95% for a cohort, which comprised 83% of whites, according to documents published by the US FDA.

“We know that in the past there have been challenges in vaccination when they have been brought from the western context to the context of LMIC (low- and middle-income countries). It is always better to have local data, and that is something that should be asked of them, “said Anant Bhan, researcher in global health, bioethics and health policy.

Pfizer’s phase 3 trial was conducted at more than 150 clinical trial sites around the world, and although most of them were in the US, 22 of these sites were distributed in Germany, Turkey, South Africa , Brazil and Argentina. NEJM, a peer-reviewed journal, showed.

“India has a very large and extremely heterogeneous population, and we need to know the efficacy in people across the country. Even the safety profile in such a diverse population is unknown. As we saw when Pfizer provided data on various ethnicities from their efficacy study, their mRNA vaccine was 74% effective among Asians and not the 95% observed overall. That tells you there are differences in efficacy, depending on ethnicity, “said Davinder Gill, a vaccine expert based in Massachusetts, USA, adding that vaccine developers should conduct large-scale trials in India, as it is extremely diverse and heterogeneous.

On the other hand, Suneela Garg, director of the department of community medicine at Maulana Azad Medical College, said that the vaccine was tested in a broader demographic in the US and the efficacy was largely consistent and that despite the lower efficacy in Asians, was still better than the 50% reference established for covid vaccines.

“Any efficiency rate over 60% is good enough. Even flu vaccines are similar in efficacy to this mRNA vaccine. But we must remember that this vaccine has more side effects than the flu vaccine, “Garg said.

Phase 3 trials are generally conducted in a diverse area and group of people. However, during this pandemic, Pfizer has applied for an exemption on clinical trials in India.

In a statement to mint, a Pfizer spokesperson said that the company’s cohort in the Phase 3 study was racially and ethnically diverse, with approximately 42% of global participants and 30% of US participants having racial and ethnic backgrounds. .

“Efficacy was consistent by age, gender, race and ethnicity. The efficacy observed in adults over 65 years was greater than 94%, “said the spokesperson.