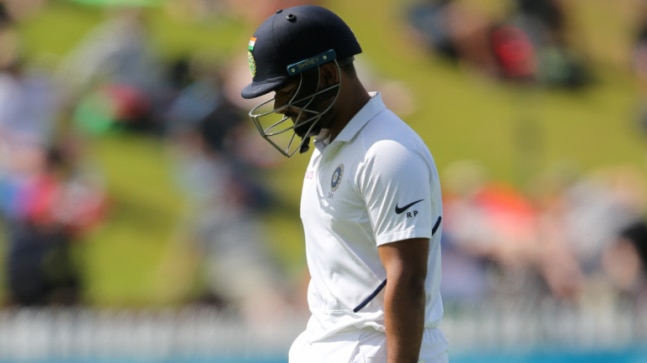 The Indian wicketkeeper-batsman got his first break on the Australia tour when he was included in the game XI of the Pink-ball tour, but failed to impress again and left with only 11 balls.

Rishabh Pant’s international career is further threatened after his flop show in the ongoing Pink-ball test match between India A and Australia A. The 23-year-old wicketkeeper, who was previously eliminated from the white ball teams from India, he had the opportunity to present his case to appear in the first test match in Adelaide, but failed again, starting with only 5 runs of 11 balls.

The stage was set for Pant to impress everyone as India was 4 wickets behind by just 102 runs, but the Delhi batsman failed to capitalize. The youngster has had a chance in the tour match alongside his older counterpart, Wriddhiman Saha, who saved the team from a defeat in the first practice match.

Pant was greeted with a series of short deliveries before middle running back Jack Wildermuth threw a full delivery that the India hitter completely missed while trying to guide him to the side of the leg.

Winning the toss and opting to hit first, India went to a shuttle after India hit its first 72 runs in just 8 overs despite losing first ground to Mayank Agarwal. Starter Prithvi Shaw was brutal in his approach as he broke 8 limits on his 40 of 29 balls. Shubman Gill, hitting number three in the absence of Cheteshwar Pujara, played a handy 43-run knockout on 58 balls, but the Indian batting collapsed shortly after his departure.

With Tea’s blow, India was reeling at 111 of 6. After play resumed, Wriddhiman Saha also came out for a 22-ball duck.