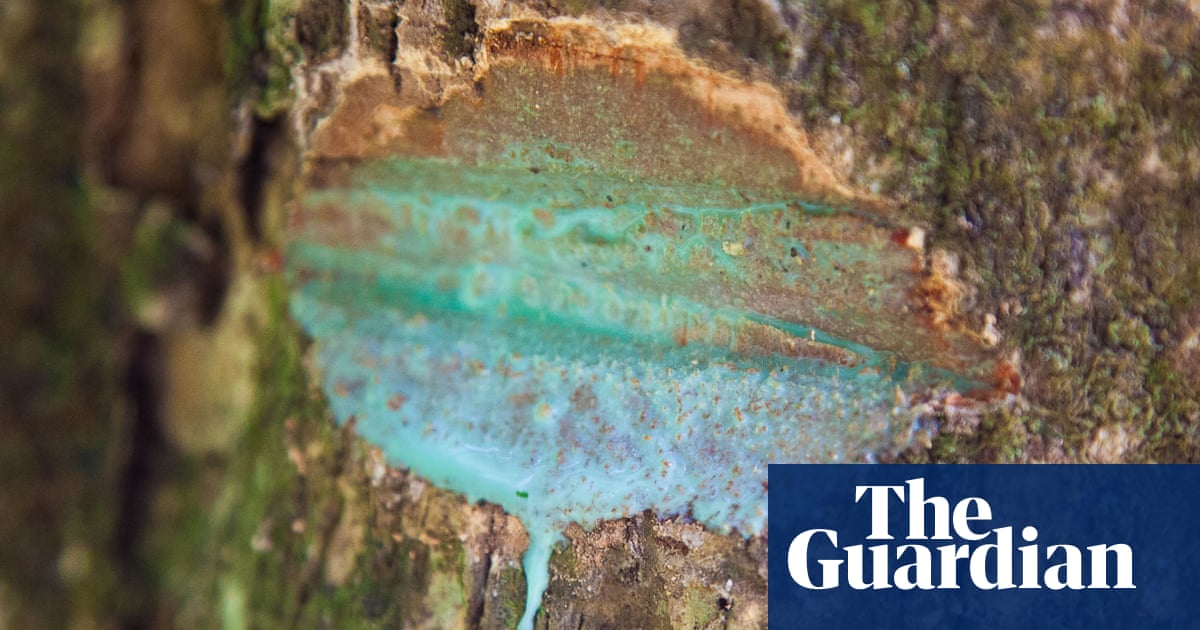 A magnificent tall tree called Pycnandra acuminata growing on the island of New Caledonia in the South Pacific, and it does something strange – when its bark is broken it bleeds a bright blue-green latex containing up to 25% nickel, a metal that very toxic to most plants in more than a few. amounts.

It is estimated that 700 plant species have unusually high levels of metal, mainly nickel but not in all cases. The macadamia tree has leaves and juice rich in manganese, though fortunately not in the nut. If such plants containing metal are dried and burnt to ash they produce a very rich high grade metal ore, with much less pollution and much less energy than is needed in mining conventional. Perhaps this could offer new sources of much needed metals. It is highly unlikely that they could fully replace traditional mining, although they can also help clean up soils contaminated with toxic metals.

A puzzle is exactly why some plants feed on large amounts of metal, but it could be a way to protect against insect attack or perhaps to counteract fungal infections. And how the plants manage to tolerate toxic metals in massive quantities without killing themselves remains a mystery.