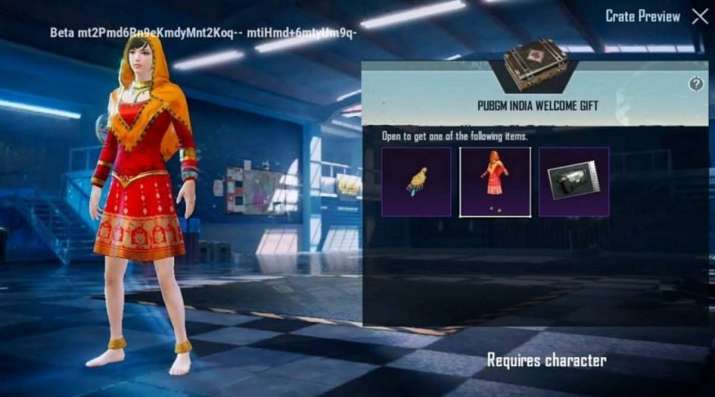 PUBG Mobile is finally returning to the Indian market. After the ban, the company is now launching the game with a new avatar called PUBG Mobile India. With the new version of the game, the company will strictly follow all the rules set by the Indian government. While the game has yet to officially launch in India, some reports claim that they allegedly got a glimpse of the welcome gift from PUBG Mobile India. This is what you could get with the new game.

The welcome gift will reportedly be offered to all players who download and play PUBG Mobile India. The offer may be for a limited period of time, so try to run the game at least once on launch day to claim the gift pack.

PUBG Mobile India will offer its users an Anarkali Helmet, Anarkali Set, and a Classic Box Coupon as a welcome gift. This clearly shows that the company is following the Indian theme to offer a localized experience to Indian players.

These rewards are only a part of what was seen in the game files of the global version of PUBG Mobile. It means that it could be just a test and the actual rewards could change at launch.

At the moment, it is not known when the game will be officially released in India. Please note that the game cannot be relaunched in the country until it gets official approval from the Government of India.

Meanwhile, PUBG Corporation has registered the company ‘PUBG India Pvt Ltd’ in India. With this, the company will establish a regional office or a subsidiary in India. The company has been registered with the Ministry of Corporate Affairs, with paid-up capital and authorized capital of Rs. 5 lakh and Rs 15 lakh, respectively.