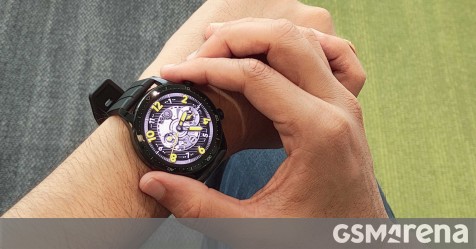 Realme introduced the Watch S wearable in November, and is about to move on to a Pro version. The company posted a teaser asking if we are “ready to meet professional trendsetters”, followed by another tweet from the CEO of Realme India. , which provides a preview of the “Stylish New Pro” device.

Even without Madhav’s photo, it was pretty obvious that a new watch would arrive. The Watch S is already selling, but the hashtags also include the Watch S Pro.

Looking deeper into the executive’s photo, we can see a fairly similar design: circular watch face, two buttons on the right side and a rubber strap.

The differences between the Pro and the vanilla are likely to be on the inside – the first iteration was missing internal GPS and NFC, so hopefully the new one will bring those features.