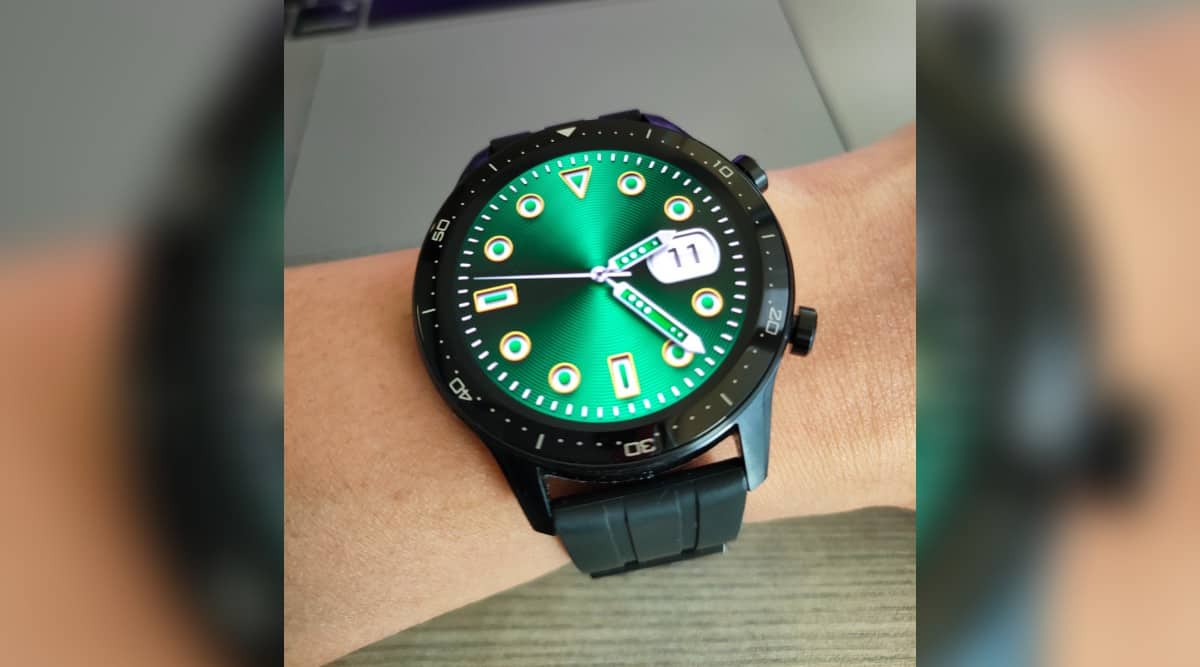 Realme Watch S Pro is set to launch in India soon. The CEO of the company, Madhav Sheth, has released a sneak peek video on Twitter to confirm the launch of the smartwatch. While the official India launch date for the Realme Watch S Pro has yet to be revealed, Realme has confirmed that the event will be streamed live online. The brand has also confirmed through teasers that the wearable will feature a ‘large’ AMOLED touchscreen panel. It will have a metal body and a round dial. The teasers hint that users will get a plethora of watch faces to choose from.

Realme India CMO Francis Wang has also shared an image on Twitter, giving us a very clear look at the design of the upcoming Realme Watch S Pro. The official image suggests that the watch might have mechanical hands. You can also see two buttons on the right side for navigation. The company promises that users will get a premium and high-end experience. The smartwatch is likely to be available in a black color variant. Sheth has also posted an image showing the design prototypes the company previously considered for the Realme Watch S Pro.

The Realme Watch S Pro was first unveiled at IFA 2020 and the company said it will bring the smartwatch “later this year.” While Realme only teases the Pro variant, it is expected to launch two wearable devices in India. The second could be the Realme Watch S which was launched in Pakistan last month and is selling for PKR 14,999 (around Rs 7,000). The price of the Pro variant could be higher than this if the company launches two wearable devices in India. The Realme Watch S is now available for purchase in Europe and it looks like the company is ready to launch it in India as well.

Before launch, Realme is expected to show off some features from the Realme Watch S Pro. It could offer similar features to the Realme Watch S, which ships with a 1.3-inch auto-brightness circular display. The panel operates at a resolution of 360 x 360 pixels and supports up to 600 nits of maximum brightness. The wearable device offers 16 sports modes and a PPG sensor to monitor your heart rate in real time. There is also a SpO2 sensor for monitoring the blood oxygen level.