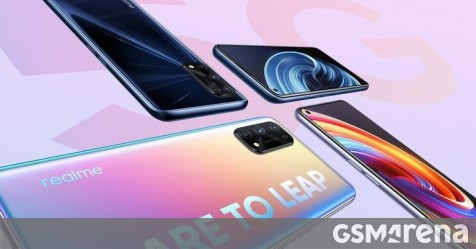 Realme introduced the X7 and X7 Pro in September. They are currently only available in China, but the Pro model was certified by the Thai and Taiwanese authorities in October, confirming the global launch. We now know that the X7 Pro will make its world debut on December 17th, the first stop being Thailand.

The Realme X7 Pro is powered by the Dimensity 1000+ SoC and has a 6.55 “Super AMOLED FullHD + 120Hz screen, making it the first Realme smartphone with an AMOLED screen to have that refresh rate.

The X7 Pro supports 5G networks and has a total of five cameras on board: a 32MP unit on the front and a 64MP main camera on the back joined by an 8MP ultra-wide unit, a 2MP macro and a 2MP depth sensor.

The smartphone has an on-screen fingerprint reader and has a 4,500 mAh battery with 65W charging.

The Vanilla X7, on the other hand, has a Dimensity 800U at the helm and is built around a 6.4 “FullHD + AMOLED display. It retains the Pro variant’s cameras, in-display fingerprint scanner and loading speed, but it ships with a smaller size of 4,300 mAh battery.You can head here to see the detailed specifications of both smartphones.

While Realme has confirmed the world debut of the X7 Pro, it is unclear if and when the non-Pro model will launch in international markets.