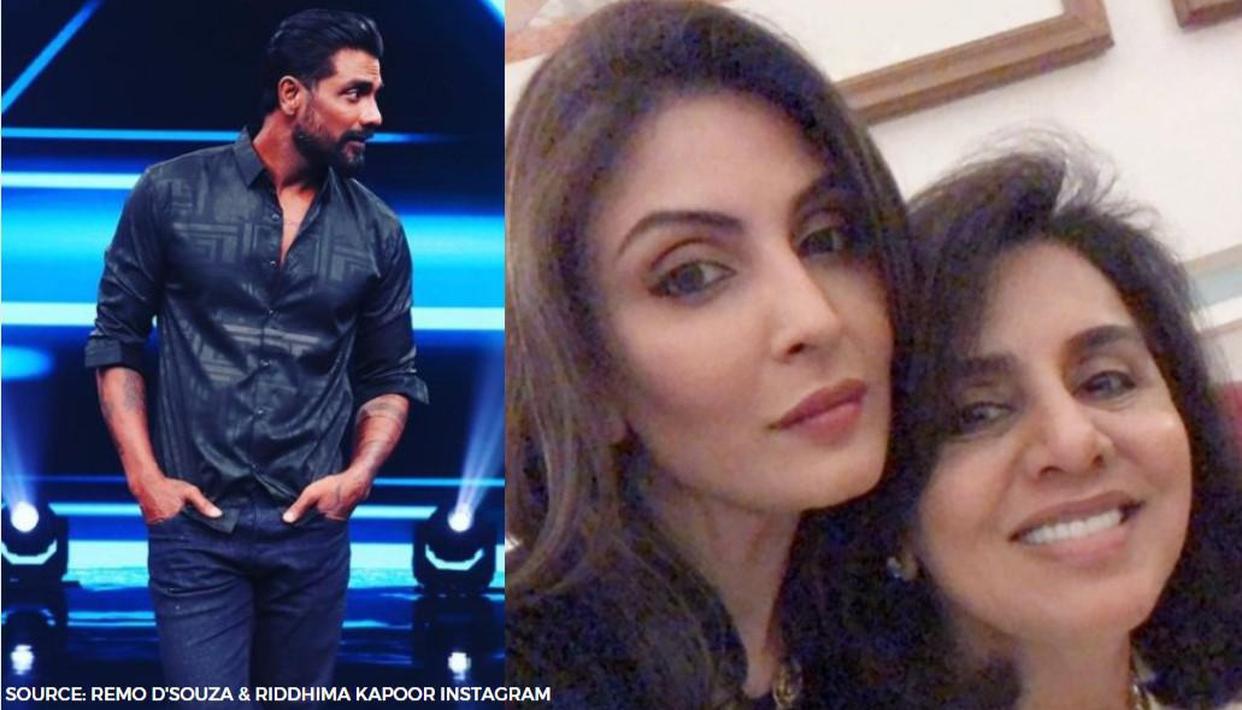 On December 11, many high-profile movies were released on the digital platform. Take a look at the list of news from the entertainment world in India that caught your eye. From Remo D’Souza suffering a heart attack to Neetu Kapoor’s COVID-19 test results. Read on for the highlights of the day.

Choreographer Remo D’Souza has suffered a heart attack and is currently admitted to the Kokilaben Hospital in Mumbai. He has undergone angioplasty surgery and is now stable and has also been transferred to the normal ward for further care. We wish him a speedy recovery ð ?????? #remodsouza pic.twitter.com/mz4R4fa3lt

Bollywood actress Neha Sharma recently took to her Instagram to share a retro photo that she tagged as “This day last year.” Last year around this time, Neha Sharma had spent her weekend in Hawaii. She shared a photo of a memory from one of her days at the beach where she wears a black bikini suit combined with black tones.

Nia Sharma and Arjun Bijlani have worked together multiple times on series like Naagin and Ishq Mein Marjaavan. The two have always shared great camaraderie and remained off-camera friends. The actors were spotted dancing and having fun at a friend’s birthday party, the videos of which were shared on Nia Sharma’s Instagram story on December 9.

Shaheer Sheikh recently took to Instagram to share a photo from Bhutan with his wife Ruchikaa Kapoor. In the photo, the couple is seen sitting on a high point in the capital of Bhutan overlooking its monasteries and its city. Under a clear blue sky and with green mountains in the background, Shaheer titled his post: ‘Thoda sabz, thoda aasmaan aur teri muskurahat .. #ikigai’.

Actor Vidyut Jammwal, who recently turned 40, surprised fans with the video of Kalari Chikitsa. The actor took to Instagram and shared a video while explaining Kalari Chikitsa’s philosophy and describing it as balancing the seven body systems to achieve alignment and heal. Take a look at his video.

Launched in 2018, the movie KGF Chapter 1 garnered praise from the public. A second part of the film is currently in production and features Sanjay Dutt as the villain Adheera. According to PR, Sanjay Dutt is currently filming in Hyderabad and is filming for KGF Chapter 2, after finishing filming for Bhuj. It is reported that in the movie KGF Chapter 2 while filming for the climax scene, the creators of the film insisted that Sanjay Dutt use a body double, however he insisted that he was in perfect shape and intended to perform. the scenes himself. Directed by Prashanth Neel, the cast of KGF 2 also includes Srinidhi Shetty, Balakrishna, Anant Nag, Achyuth Kumar, Prakash Raj, and Raveen Tandon.

Get the latest show news from India and around the world. Now follow your favorite TV celebrities and TV updates. Republic World is your one-stop destination for trends Bollywood News. Tune in today to stay up-to-date with the latest news and headlines from the world of entertainment.