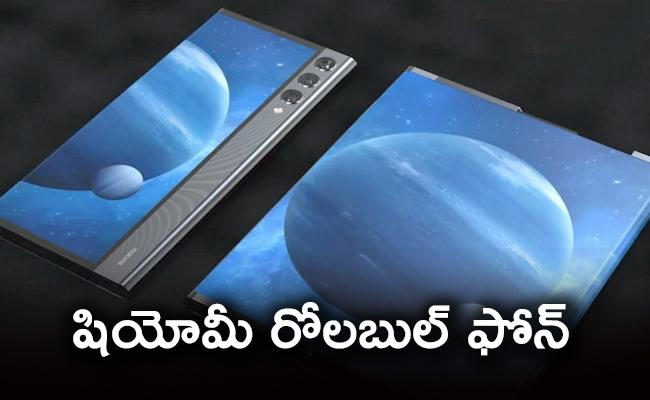 Over the past few months the big big companies in the mobile industry have been trying not to take the rollover phone. Now Xiaomi is about to join that list as well. Xiaomi is all set to launch a robust smartphone soon for mobile lovers. Although the technology is still under development, Xiaomi seeks to bring it to a large scale. Foldable smartphones are coming from Samsung. Samsung has introduced the Galaxy Fold smartphone to the world. LG has already released smartphones on dual disk. Will be bringing another model soon too. (Read: Hotstar on DisneyPlus .. HotHot)

Xiaomi is reportedly bringing a similar design to the roller display phones that TCL and Oppo are bringing. Xiaomi has applied for a roller phone patent in the United States Patent and Trademark Office. It looks like a sack that encloses with a drawstring, as shown in the patent. It can also be used as a tablet. Aka Concept creator Xiaomi has created the Shawmi Rollable smartphone to render with the help of patented images. It looks like the Mi Mix Alpha Concept. Currently this phone design is just a sketch. This may also be different once the device is made. This mobile may come early or late next year.