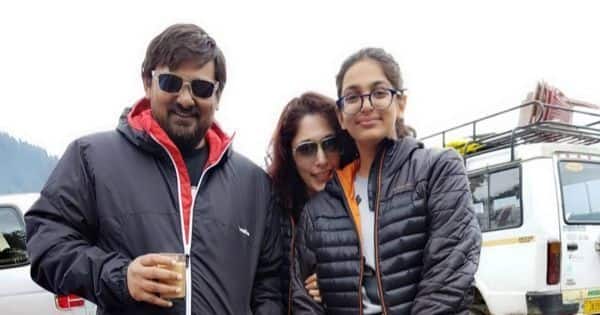 Wajid Khan’s death was one of the tragedies of 2020. The music composer died of kidney failure. After his death, his wife Kamalrukh Khan came out in the open on how religious fanaticism drove a wedge into her marital life. She said she had resisted all the pressure to convert to Islam, which caused the separation. After his death, he moved to the Bombay High Court saying how Sajid Khan and her in-laws were determined to ensure that she and their children, Arshi and Hrehaan, did not receive anything from his inheritance. Now, the Bombay High Court under Justice Gautam Patel has told Sajid Khan and his mother to disclose all the assets of the late Wajid Khan. The judge said, “The Respondents will file an Affidavit in Reply on or before 21st April 2021. The Answer is to disclose the entire estate of the late Mr. Wajid S Khan’s deceased together with the necessary tax returns and their income computation with them or Also the forms of the Limited Liability Company in which the deceased had an interest. All other similar commercial entities in which the deceased had any interest or share (other than regular investments) are also to be disclosed with ‘ u complete financial affairs. ” Also Read – Today’s Entertainment Trend News: Nysa Devgn turns 18, Hina Khan’s father dies, Sajid Khan in legal trouble

Kamalrukh Khan said Wajid Khan and his family were living away from the family home as religion is a problem. They were married under the Special Marriage Act 2003 and were not accepted as part of the family. Kamalrukh said they filed for divorce in 2014 and signed the terms of consent in 2017. She has said Wajid Khan has agreed to provide maintenance to her children and provide them with some immovable assets. But the couple never divorced officially. Also Read – ‘Sometimes when I’m jamming with Salman Khan, I feel like Wajid has come,’ said Sajid Khan of Sajid-Wajid fame [Exclusive]

On the other hand, Sajid Khan’s mother, according to ‘Hibanama’ made by Wajid Khan, said that he did not want to leave anything to his wife or children. He said they had acted on it. Now, they have been told to disclose all assets and submit tax returns. Also Read – The wife of the late composer Wajid Khan is penning a note on the ‘Anti-Conversion’ Law; he said, ‘I stand up for a fight for my children’s rights and inheritance’