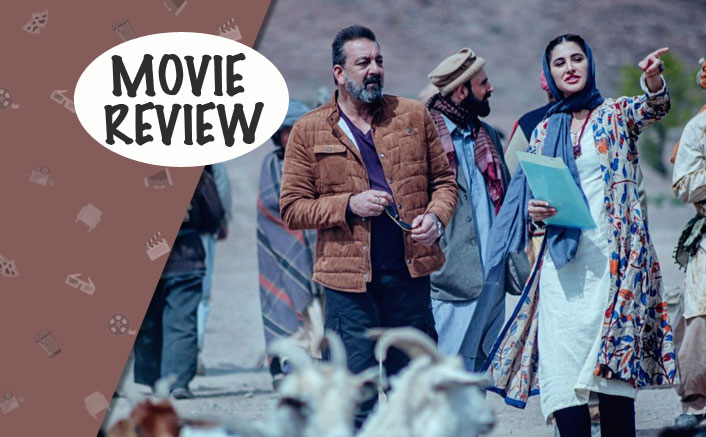 What is good: Impressive cinematography and child actors.

What is bad: Never gets hold of you

Loo Break: You can have as many as you want.

To look or not ?: Better movies of this genre have been made, so NO!

Nasser Khan (Sanjay Dutt) is a military medic who goes through personal trauma after losing his wife and son during a suicide bombing in Afghanistan. Years after the incident, he returns to Afghanistan, where he tries to make a difference in the political situation in the country by encouraging refugee children to play cricket.

But can he hit a ball and bat in the hands of children instead of bombs? Watch the movie to find out.

Girish Malik’s story is heartfelt and sends an excellent message about world peace. However, a good story is nothing if it doesn’t appeal to the audience. The script of the story hardly captivates you because not even the most emotional scenes move you.

Sure, there are some moments that have an impact but not the kind that was desired. It is an OTT release and viewers always have the option to skip viewing. As unfortunate as it may sound, people won’t think twice about leaving the movie midway because it starts to bore you very soon. Even those who will keep watching to see what happens in the end will be disappointed. Because not only is the ending predictable, it is also ordinary. The only scene that stands out is the one where Nasser goes to meet Qazar (Rahul Dev) and negotiates with him. It is simply amazing and something that viewers in India may not have seen before.

Sanjay Dutt has a charisma of his own and has the ability to hold you even in the most boring moments. Nargis Fakhri has a fairly short role and leaves little impact on him. But it is Rahul Dev who once again impresses you as the Taliban chief. The talented actor has played a terrorist and negative role multiple times, so it is now his comfort zone. So it wasn’t a surprise to see him nail the character effortlessly.

The child actors Aishan Jawaid Malik, Hamid Shafi, Mohammed Khairkhah, Rudra Soni are fantastic and are the highlight of the film.

Girish Malik gives a good direction but his script delays the movie in a big way. Cinematography is one of the most important factors in the movie and if you watch the movie, watch it on the largest screen possible.

In general, Torbaaz can be omitted because it does not convey the strong message with the intensity it deserves.