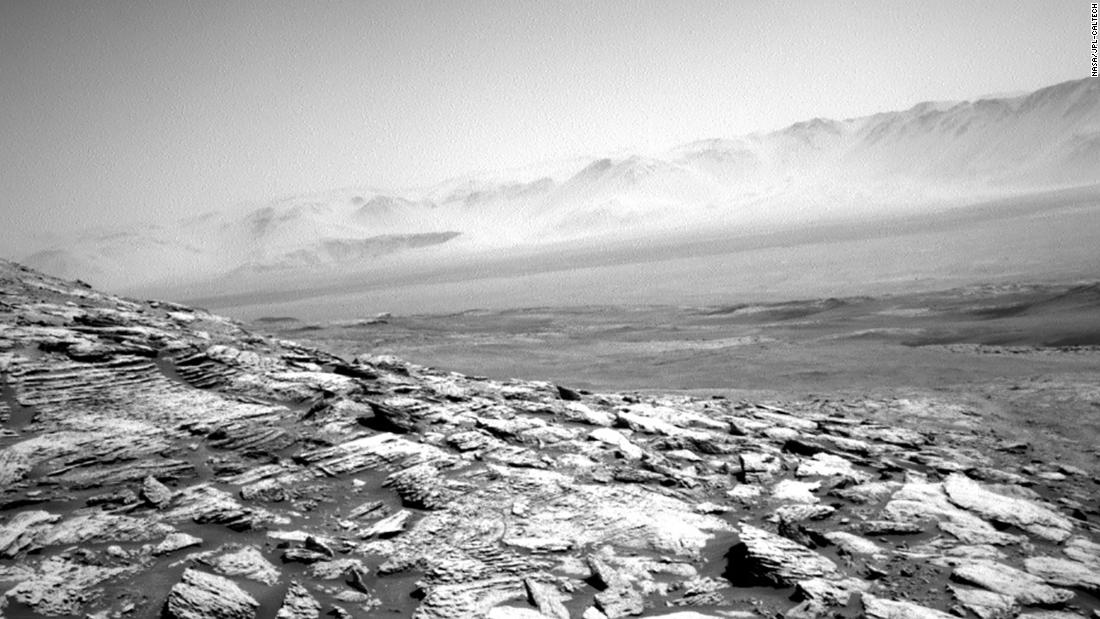 However, carrying enough oxygen and fuel on a spacecraft to sustain the mission for that period of time is currently not feasible.

The way NASA plans to address this problem is by implementing MOXIE, or the Mars Oxygen In-Situ Resource Utilization Experiment. This system is being tested on the Mars Perseverance rover, which was launched in July. The device will convert the carbon dioxide that makes up 96% of the gas in the Red Planet’s atmosphere into oxygen.

Scientists at Washington University in St. Louis have now said that they may have devised another technique that could complement MOXIE.

The MOXIE system essentially produces oxygen like a tree: it sucks in Martian air with a pump and uses an electrochemical process to separate one. oxygen atom of each molecule of carbon dioxide or CO2.

The experimental technique proposed by Vijay Ramani and his colleagues uses a completely different resource: salt water in the lakes below the Martian surface.

The study by Ramani, a distinguished professor in the department of energy, environmental engineering and chemistry at the University of Washington, and his colleagues, was published last week in the journal PNAS.

Most of the water known to exist on Mars is ice, both at the poles and in the planet’s mid-latitudes. However, scientists detected two years ago what looked like a salty lake beneath the surface of the southern ice sheet of Mars. And more recent research has found additional evidence from the lake and revealed several smaller salty ponds nearby.

“The presence of brine is fortuitous because it lowers the freezing point of water. You take salty and brackish water and electrolyze it. Our process takes the water and breaks it down into hydrogen and oxygen,” Ramani said.

The method proposed in the new paper, however, assumes that these brines are readily available on Mars, said Michael Hecht, NASA’s MOXIE principal investigator and associate director of research management at the Massachusetts Institute of Technology’s Haystack Observatory.

“There has not been any substantial evidence of bulk brine deposits, and while there are likely some in frozen form, I don’t expect to find them in liquid form,” Hecht said by email. “What the authors are overlooking is that while the melting point could be -70 ° C, the freezing point on Mars is also around -70 ° C, so if these liquid brines existed, eventually they would simply evaporate (more precisely, sublimate) “.

Hecht said that one day electrolysis of water would be important for fuel production on Mars, but not necessarily in the way described in the paper.

“Regular ice … is abundant on Mars and not difficult to find. There is also no reason not to melt the ice to get water, which can then be co-electrolyzed with CO2 to eventually produce oxygen and methane for fuel.” he said by email.

Ramani described his research project as an “initial foray”: his team had specialized in electrolysis of seawater.

“We came across these reports of salt water deposits on Mars and we said why not,” he said.

“We are not funded by NASA or any space-related program, but our hope is that if we get enough traction from this work, in the future we hope to propose it as a complement to MOXIE and other systems.”

“Our hope is that in the next 10-15 years we can advance our system to make it competitive.”

NASA’s MOXIE team will study how the small toaster-sized version of the Perseverance rover works and apply the lessons learned to develop a larger, more powerful system for a crewed mission.

The experiment will help researchers learn how a number of environmental factors, including dust storms, winds and sand, and the temperature of carbon dioxide, could affect MOXIE. Scientists also need to know how radiation could affect their software.

A full-scale MOXIE system on Mars could be slightly larger than a household stove and weigh about 2,200 pounds (1,000 kilograms), almost as much as Perseverance itself. Work is underway to develop a prototype for one in the near future, NASA said.

Hecht said NASA’s focus would remain on extracting oxygen from the atmosphere of Mars. While ice could be useful in the future, he said, it must be viewed as a mineral that must be prospected, mined and refined before it can be used. Also, the ice on Mars is predominantly found at high latitudes, which is not where NASA intends to take humans, at least initially, he added.

“Getting oxygen out of the air is easy in comparison because it’s everywhere, you don’t have to go digging anything, and that’s why we’re doing it first.”

Correction: An earlier version of this story declared an incorrect number of oxygen atoms separated by the MOXIE system.