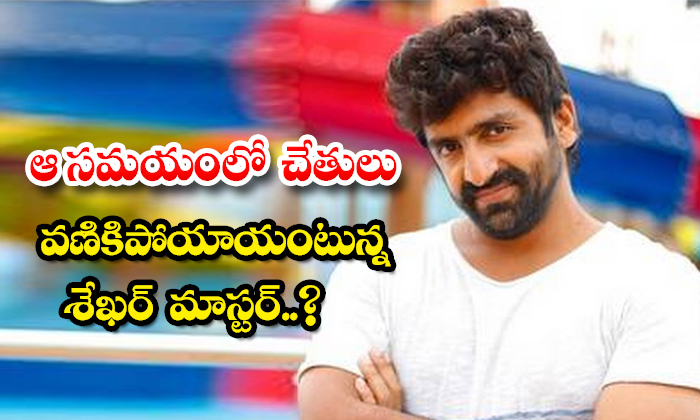 Although he started his career as a choreographer in the film industry a long time ago, in the last few years, Shekhar has made a name for himself by making every song choreographed by Master a hit.

Shekhar Master, who is busy with a series of opportunities to choreograph Star Heroes songs and Young Heroes songs, told interesting things about his life in an interview to a magazine.

Shekhar Master said that he never expected to get a chance to be a judge for Dhee Show. He lost in D2 as a choreographer but won in Dhee5.

He said that he would plan the schedule in advance so that movies and television shows would not clash.

Many people say that he looks tense on the sets. Sometimes he has to work hard to meet the expectations of the audience. Rakesh came to Hyderabad in 1996 with a smile and worked with 16 Teens for a movie. Badshah, who later starred as an NTR hero, said that he was not given a chance to choreograph Arjun.

Shekhar Master said that the balloon Janaki song from the movie Badshah was shot in a 14 degree cold. He said that his hands trembled when he announced the winner of the champions. Piyush said that he was a hard worker and a winner.