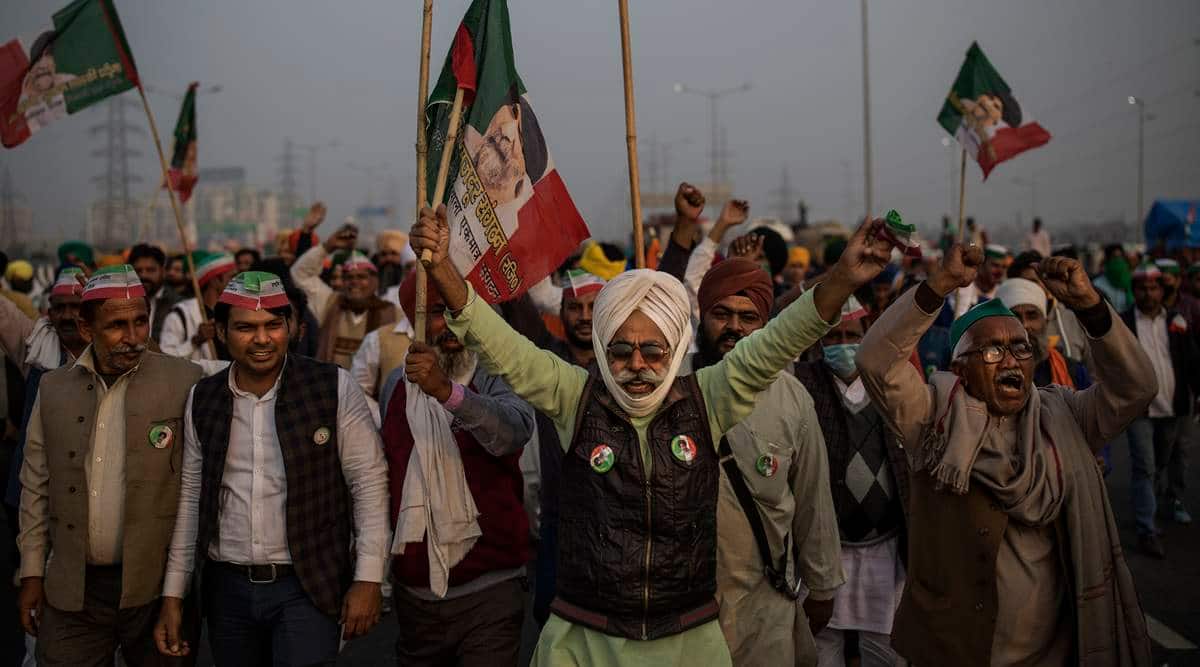 Farmers shout slogans as they block a road during a protest against new agricultural laws on the Delhi-Uttar Pradesh border (Photo: AP)

Government concessions, offered in an attempt to placate the protesting farmers, effectively dilute key parts of its new law and restore certain powers of the states in regulating the agricultural market.

Section 3 of the Trade in Agricultural Products and Trade (Promotion and Facilitation) Act 2020, which gives a buyer the right to engage in trade in agricultural agricultural products throughout the country, has been left intact.

In fact, this was the object and purpose of the legislation. Section 3 states: “A law that provides for the creation of an ecosystem in which farmers and traders enjoy freedom of choice in relation to the sale and purchase of agricultural products … to promote efficiency, transparency and without barriers between States and within State trade and trade in agricultural products outside the physical facilities of the markets or markets considered notified under various laws on state markets for agricultural products (APMC); to provide an enabling framework for electronic commerce. “

While this was aimed at expanding options, protesting farmers argued that this was a sign that the government would phase out of being the main buyer by allowing private actors in.

However, with the exception of Section 3, other key provisions of the law will undergo substantial changes if the Center’s proposal is accepted. Two changes through the amendment of sections 4 and 6 are likely to restore the powers of the states; the dilution of the role of the state was a point of contention.

Among the amendments proposed by the Center is the dilution of Section 4 that broadened the reach of a potential buyer to anyone with a PAN card. The Center’s concession is now to empower states to establish rules on buyer registration. The proposal gives states a foot in the door to determine who is a buyer. In the current mandi system, brokers must obtain a license to trade a mandi.

The Center has also proposed a reversal of the provision that eliminated a market fee or a tax or levy under any state APMC Act or any other state law under Section 6 of the Act. This proposed amendment will empower state governments to impose taxes and rates on private mandi, after deciding the amount, to ensure a level playing field between APMC mandi and private markets.

Another significant setback proposed by the Center is allowing farmers to approach civil courts instead of the dispute resolution mechanism established by law.

Article 15 of the law prohibited the jurisdiction of the civil court from hearing any claim or proceeding with respect to any matter that could be dealt with through the special mechanism provided by law.

Chapter 3 of the law prescribes a Conciliation Board established by the Subdivisional Magistrate to resolve problems arising from a transaction between the farmer and a merchant.

A farmer offers tea to security personnel at the Ghazipur border during the ‘Delhi Chalo’ protest march against the new agricultural laws in New Delhi on Thursday. (PTI)

Section 8 says that a decision of this board would be a “binding settlement of the dispute” for the parties. It also provides for an appeal against this to the Appeals Authority (Collector or Additional Collector appointed by Collector) within 30 days.

The law establishes that the orders of the Subdivisional Authority or the Appeals Authority will have the force of a civil court and then, under Section 15, excludes a civil court from considering any claim.

In its concession to farmers, the Center has allowed them to go to civil courts. Basically this would make sections 8-15 inapplicable. The bureaucratic dispute resolution mechanism provided by the Law is considered too close to the state, while the courts are a neutral arbiter.