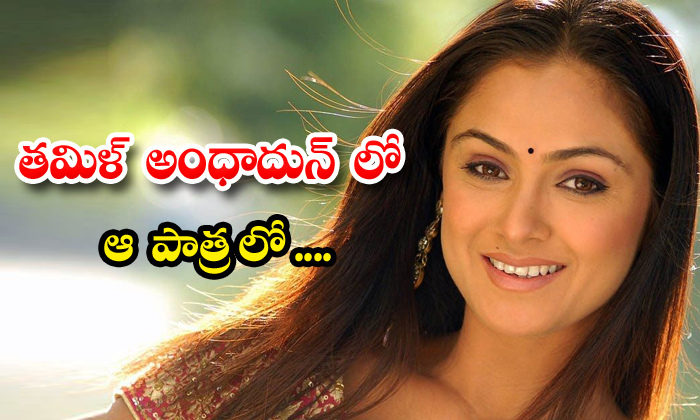 The film also topped the list of Bollywood’s best films and won awards. Meanwhile, the film is now being remade in southern languages.

Nabha Natesh and Tamanna will be seen together in Telugu as Nitin Hero. Recently, the director Merlapaka started shooting for this film in Dubai.

Tamanna will be seen in a role with negative shades taboo in Hindi. Meanwhile, the film has got a key update regarding the Tamil remake.

Hero Prashanth is the main lead in Tamil. His father is producing the film. Pre-production work is underway. He is all set to take the sets up next year.

Meanwhile, veteran star heroine Simran will be seen in a role with negative shades in the film. Simran has already started her second innings as a character artist.

Shiva Karthikeyan has impressed by playing a villain in the movie Seema Raja. Now it seems that Simran is going to appear as a stylish villain in the remake of Andhadun.

Mani Ratnam, who was previously known as Aishwarya Rai, could not make the film as she was giving dates to Pan India. Simran was taken into the place.