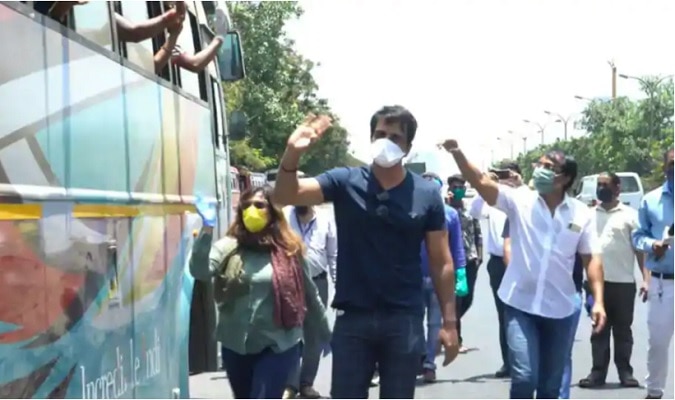 Many poor people suffered during the lockdown due to the coronavirus. Starved. Due to the lockdown, Nana had no access to the cradles and could not afford to pay the rent.

It is known that some like-minded Marajus came forward to help those who were in trouble during the lockdown. Sonu Soodi is the most famous actor in the industry.

Although Sonu Sood plays the role of a villain in movies .. in real life he helped a lot of people and became a god in their eyes.

He recruited students stranded abroad for their own use in India. Mumbai, Delhi, Kolkata, Chennai, Hyderabad in the country.

However, Sonu Sood, who came forward to help the poor during the lock-down period, is rumored to have mortgaged 8 properties in Juhu, Mumbai.

It seems as if he has decided to mortgage such assets in Juhu and help the poor financially. Sonu Sood is reported to have mortgaged 8 properties in Juhu with his wife Sonali Sood as joint owners.

Sonu Sood mortgaged his properties with two shops and another 6 livable flats. Rs. According to Mumbai media reports, Juhu has mortgaged its assets to raise Rs 10 crore.

The summary of these media articles is that Sonu Sood applied for a mortgage loan on September 15 at Standard Chartered Bank in Mumbai.