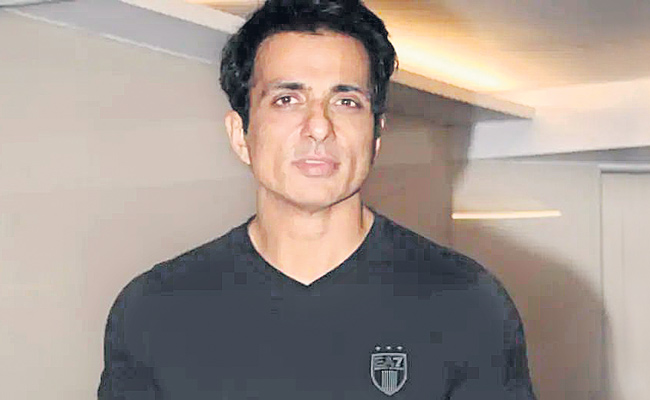 London: Actor Sonu Sood received rare recognition for his outstanding service to the poor during the lockdown. He topped the list of ‘Top 50 Asian Celebrities in the World by 2020’. This is the first time such a list has been released. It was published in the UK’s weekly magazine Eastern‌i. The list was compiled by Aszad Nazir, the magazine’s entertainment editor. Sonu Sood topped the list, followed by Canadian social media star Lilly Singh. Pan India star Prabhas was ranked 7th.

Sonu Sood, who once again expressed a big mind
Mumbai: Leading actor who has no bone in his hand Sonu Sood Proving. His generosity during the lockdown has been praised in the country and abroad. They are in trouble and Sonu Sood is still receiving a large number of letters asking for help. So he decided to raise Rs 10 crore. It is learned that 8 properties in Mumbai have been mortgaged for this purpose. It has 2 shops and 6 flats.

According to credible information, the mortgage agreement was reached on September 15. Registration closes on November 24. The assets are in the name of Sonu Sood and his wife. The rents on them go to themselves. Ritesh Mehta, senior director, JLL India Residential Services, said the Sonu Sood couple would have to pay interest on the loan against which the assets were mortgaged. However, Sonu Sood has not yet commented on the pledge of his assets.