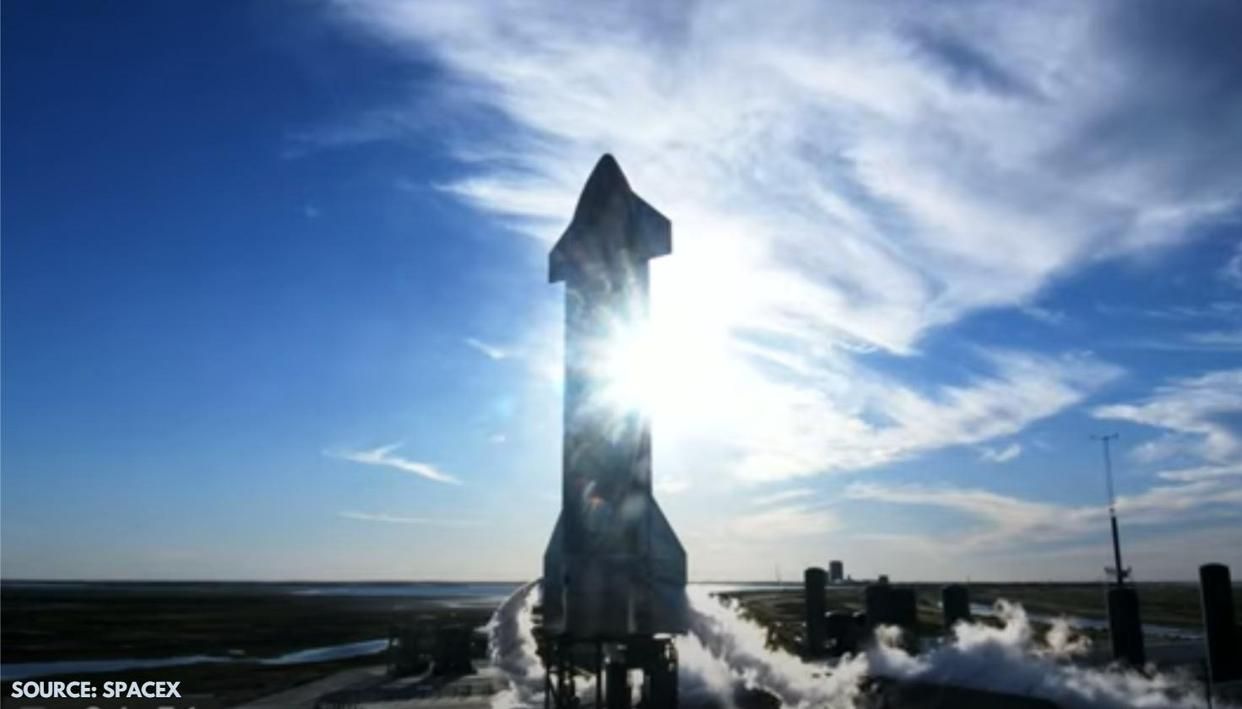 Elon Musk’s private aerospace company SpaceX on Wednesday launched the Starship SN8 prototype for an ambitious high-altitude test flight from its launch site in Boca Chica South Texas. The launch vehicle had a successful liftoff from the launch pad at 5:45 PM (EST), however the landing was not as expected.

SpaceX’s experimental SN8 prototype attempted to land as planned, however, it crashed in a fiery explosion. The SN8 had the highest altitude test flight of all previous prototypes. You can watch the SpaceX spaceship explode here:

While the landing did not go as planned, it appears that Elon Musk already predicted that the vehicle had only a one in three chance of having a safe landing on our planet. It also revealed that the vehicle’s fuel cap tank pressure was low when it crashed, causing touchdown speed to be high. Musk further said that the company has acquired all the required data from the test flight.

The SN8 spacecraft was originally scheduled to attempt a test flight on Tuesday, however it had to be delayed due to an engine malfunction. The flight was aborted by mission control because something unusual was detected with the Raptor engine just 1.3 seconds before takeoff.

The SN8 prototype was set to reach an altitude of 41,000 feet (12,500 meters), powered by three of the company’s latest Raptor engines. SpaceX has not specified whether the prototype was able to reach the expected height. However, SpaceX has proven to be quite successful in the launch business as it is also reportedly the most valuable private company in the world.

The Starship SN8 prototype had also successfully passed a fourth static fire test late last month from the company’s Boca Chica facility prior to the final test flight. The private aerospace company is working to develop prototype Starship that it hopes to use to transport cargo and space travelers to distant planets like the Moon, Mars and other destinations. The SN6 and SN5 are two of SpaceX’s previous full-size Starship rockets that underwent test flights prior to the SN8.