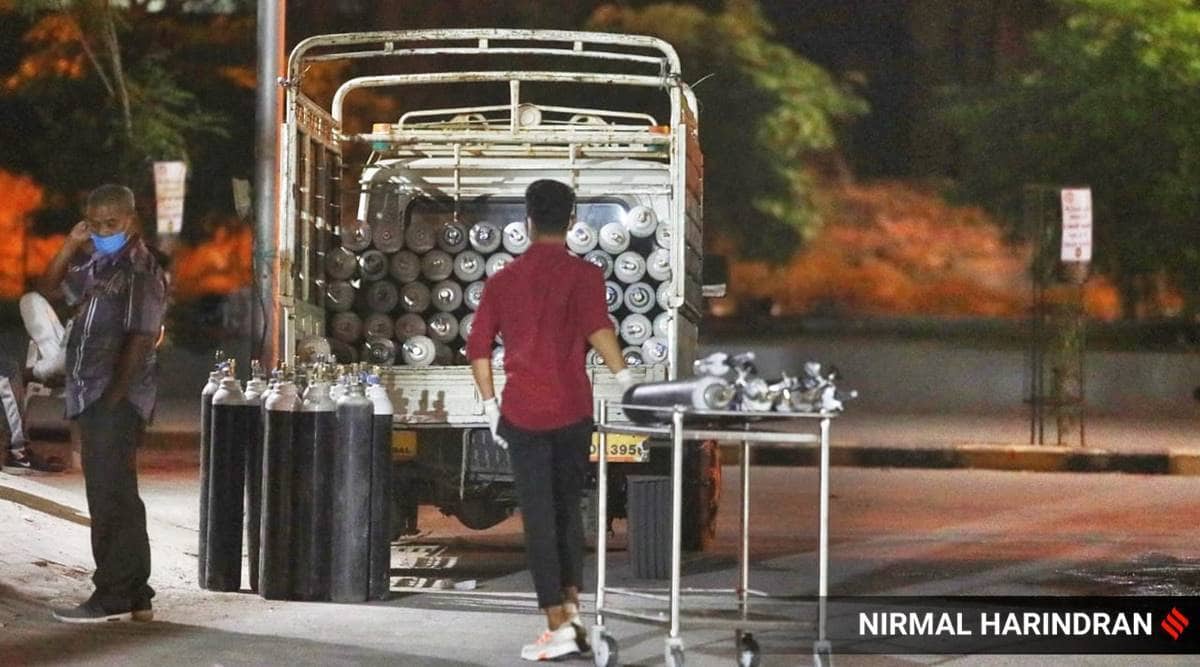 Delhi Police on Wednesday helped evacuate a truck carrying oxygen cylinders for Covid-19 patients from Delhi’s Kundli-Manesar-Palwal Expressway after it was allegedly “stuck” on the Singhu border due to ongoing farmers’ protest .

#WATCH Delhi | Alipur Police Station, Northern District Police force facilitated the removal of an oxygen tanker from Singhu Border, which was stuck in Kundli Border today. The tanker was due to arrive at the Jaipur Gold Hospital in Rohini.

Police said the oxygen cylinders were due to arrive at the Jaipur Gold Hospital in Rohini this morning but the truck was unable to cross the border.

DCP (Outernorth) Rajiv Ranjan said they received information from the District Magistrate (DM) Northwest at around 9 am on Wednesday about the truck.

“There was a lack of oxygen cylinders at the hospital. The Station House Officer in Alipur along with other staff rushed to the KMP flyover. The truck was found loaded with cylinders. With the help of Haryana police and traffic officers, the team cleared a piece, ”the DCP said.

Police staff on bikes and vans escorted the truck to the hospital within 30 minutes of the distress call.

Meanwhile, the Kisan Ekta Morcha released a statement on the incident saying, “Farmers have kept a road open for the emergency services since day one. Not one ambulance or essential goods service has been stopped. The government has given strong and multi-layered barricades (nails), not the farmers… false propaganda is being spread against farmers that they have blocked the roads and not letting oxygen into Delhi. This is totally fake news. Yes, we protest but not against the covid patients, warriors or ordinary citizens, we are against the government’s discriminatory policy on agriculture. ”