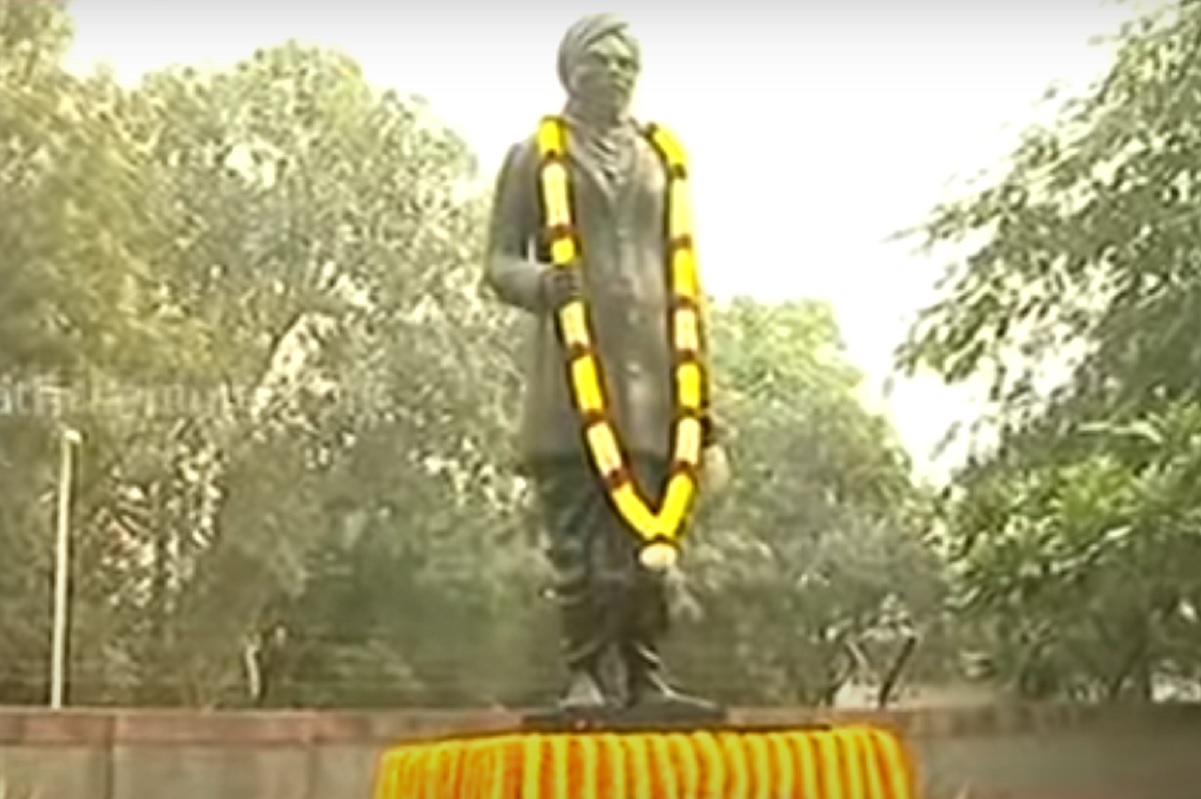 The TMC leader noticed the theft when he went to pay tribute to the statue on the 138th anniversary of Subramania Bharati’s birth.

Rajya Sabha member and president of the Tamil Manila Congress, GK Vasan, wrote to Delhi’s Chief Deputy Minister Manish Sisodia on Friday to note that the sword that belonged to a statue of the Tamil poet Subramania Bharati near Khan market was missing. The TMC leader became aware of the theft when he went to pay tribute to the statue on the occasion of the 138th anniversary of the birth of Subramania Bharati.

According to GK Vasan, on Friday morning he was invited by the Tamil Sangam in Delhi to celebrate the anniversary of the birth of the poet and freedom fighter. After their respects were paid, he was informed by the media present at the scene that Bharati’s sword was missing. After this, Vasan telephoned the Deputy Chief Minister of Delhi, Manish Sisodia, and when they could not reach him, he sent him a letter about the sword.

“I was surprised to learn that the sword was missing. Today is a day when both leaders and the public come to pay tribute to Bharathi and the sword is an identifier for him. This generates both shock and suspicion,” GK Vasan told Puthiya Thalaimurai. “In addition, I also noticed that the statue is not properly maintained,” he added.

Vasan has now written to the deputy CM with multiple requests. He has called for an investigation into the lost sword and for it to be replaced in the meantime. He has also asked for better maintenance of the statue itself.

Subramania Bharati was a passionate poet and revolutionary thinker from Tamil Nadu. She had written about castes, women’s equality, and several other pressing social issues that still have relevance in today’s society. He lived for just 39 years, but in that brief period he left a great mark both in the country and in the state. He began writing poems at the age of 7 and became engaged to academics at the age of 11.