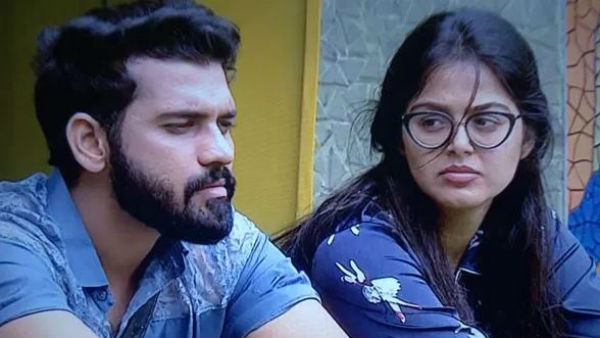 Akhil enters between them

At the beginning of the fourth season, Monal Ghajjar was having an affair with Abhijeet. They were visible wherever they looked. With this, everyone thought that the love track would run between them. Exactly then Akhil Sarthak made an entry into the middle of the pair. From then on Abhijeet moved away and she walked towards him. With this, the two became lovers.

To do anything for Monal

Akhil Sarthak took the issue of Monal Ghajjar very seriously. For her, Arjun Reddy behaves like the most affected person in the range. Not only that, someone would give her entry immediately if anything and get into fights with them. On one occasion he had a big battle with Abhijeet for Monal in the nomination task. With this he rebuked Nagarjuna.

The distance increased as the game changed

Monal Gajjar focused on the game for three to four weeks as the fourth season approached its final stage. That is why Akhil is not even counted. It was during this sequence that she defeated her boyfriend and made Mari Harika the captain. There have also been clashes over the matter since then. It also nominated Akhil twice. The distance between them has increased since then.

Akhil Sarthak is very close to her

Akhil Sarthak is getting very chilly as Monal Ghajjar gets away and reaches the final. It is in this sequence that Ariana Glory in Bigg Boss House tries to impress Dettadi Harika. This earned him the title of King of Pulihora. Again, he became very close with the recent leap. He even kisses her often.

Monal Ghajjar has given a big shock to Akhil Sarthak, who has been close with Harika in recent times. Speaking about the affair in the latest episode .. ‘Why are you so close with her. Not a little though .. staying very close. Fleeting well. Then why are you talking to me like this without talking to Abhijeet? ‘

That person is you .. I have not changed

Akhil Sarthak shocked by Monal’s words .. ‘I have always been the same. The girl who thought she had come into my life for me has changed so much. That’s why I stay friendly with other people. What? Now call her Sister? Tell Abhi not to speak ill of you. You don’t want to make me bad ‘, he became serious.