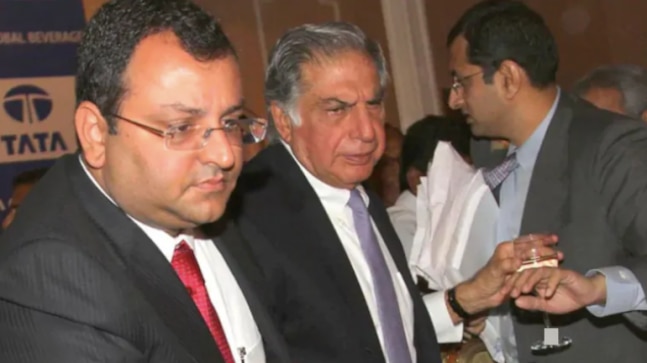 SP Group had proposed that its 18.37 percent stake in Tata Sons, which it claims to be worth Rs 1.75 lakh crore, be exchanged for the shares of the Tata Group’s publicly traded company. However, the Tata Group has rejected the proposal before a Supreme Court court, chaired by CJI SA Bobde.

At this time, the court is hearing final arguments on the contrary appeals filed by Tata Sons and Cyrus Investments regarding the NCLAT appeals court order.

Last year, NCLAT had restored Cyrus Mistry, 52, as CEO of Tata Sons. He was unceremoniously ousted in 2016 after a bitter boardroom battle. The bitter confrontation between Tatas and the Mistrys has been going on for four years, but both sides are looking to break their decades-long partnership now.

Tata’s attorney, Harish Salve, told the court that this type of relief cannot be awarded to SP Group. “It’s silly,” he added.

On Thursday, after Harish Salve concluded his arguments on behalf of the Tata Group, lead attorney CA Sundaram appeared for Cyrus Investments and began his court appearances.

Referring to legal provisions, Sundaram said: “All the conduct by which Tata Sons became a limited liability company showed that the minority shareholder (SP group) was being marginalized.”

On the dispute between Tata Sons and Mistry, Sundaram said the main problem was that the final decision on any calls made by group companies such as TCS or Tata Motors is taken by Tata Sons. He also mentioned that Tata Sons is just an investment company that does not have any business of its own, adding that its directors still take calls from downstream group companies.

“If these companies want to make a decision, Tata Sons has a role to play in these decisions,” Sundaram said. He went on to say that Tata Sons “is effectively not a board-run company.”

The hearing is expected to resume on Monday, but the share swap proposal appears to have hit a roadblock due to mismatched valuations. While SP Group claimed that its stake in Tata Sons is worth Rs 1.75 million lakh, Tata Sons maintains that the value of SP Group stakes does not exceed Rs 80,000.