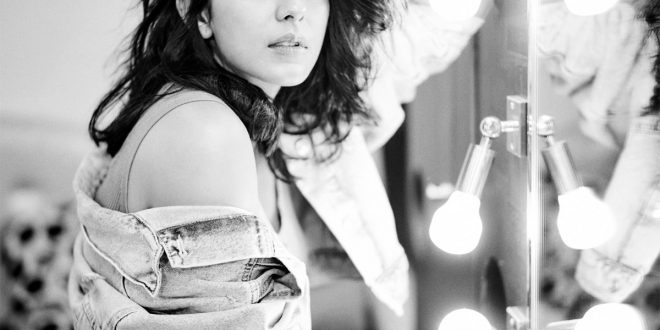 Baahubali’s two-part series is the pride of Telugu cinema. The film series has brought much needed attention to the Tollywood industry. Director Rajamouli also gained international fame with the project. After impressing Rajamouli’s story and finding scope to expand the story on a larger canvas, Netflix decided to produce a prequel series for the project. With a budget of 100 Cr, the streaming giant planned a limited 9-episode, two-season series, showcasing the rise of Shivagami set in the Mahishmati world. Mrunal Thakur came aboard the play to play the younger version of Shivagami but the latest reports confirm that she walked out of the project.

Mrunal Thakur was very excited about this project. She already shot large portions of the series but when Netflix decided to start the project again, the actress couldn’t adjust her dates. As a result, he stopped the project now and we hear that Wamiqa Gabbi is going to replace him. Mrunal had been working on this series for the past two years and poor production house design put her in the current position.

Netflix was unhappy and disappointed with the way it shaped the project. The output the team produced, with 30 percent of the remaining shooting disappointed the folks at Netflix. They decided to scrap it and restart it again. Telugu filmmakers Praveen Sattaru and Deva Katta worked on it. With Netflix’s decision, they moved on to their other commitments. There is no clarity about who is driving the project now. The latest reports reveal that Netflix is ​​investing 200 Crores for the fresh version of the series.

Wamiqa Gabbi made her mark in the Punjabi industry and later made her first appearance in the South. With Bhale Manchi Roju in Telugu, Godha in Malayalam, and Maalai Naerathu Mayakkam in Tamil, the actress caught everyone’s attention. It is said that she is going to start the shooting soon.

On the other hand, Mrunal Thakur is busy with Toofan, Jersey (Telugu Jersey movie remake), and Aankh Micholi.