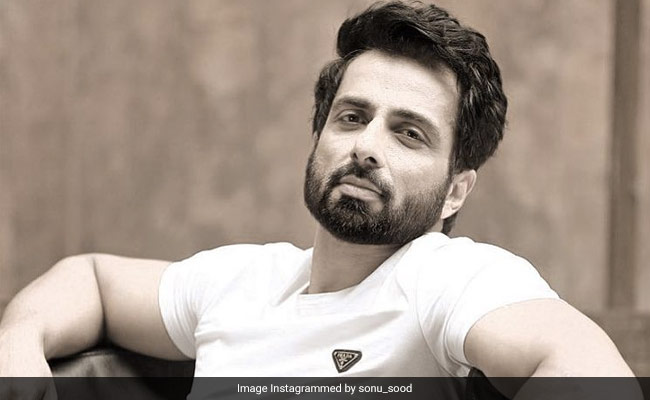 Sonu Sood Book Cover ‘I am not the Messiah’

A tractor in time saves a farmer

Problem: manual plowing of farms by daughters, due to poverty induced by pandemic

The exit: a tractor for the family and education for the daughters

Dedicated to those who work in acres, not hours. These are not my own lines; I remember reading them once. Borrowed lines, but they fit perfectly when I flip through the pages of my memory and think of the image that stopped me that Saturday, July 25, 2020.

A journalist, Krishnamurthy, to whom I am indebted for informing me of this, uploaded a video clip and tweeted about a tomato grower in Madanapalle in the Chittoor district. The farmer’s daughters were being used, instead of traditional oxen, to plow his field.

It was so disturbing; It is not an image that you want to see.

Those girls should have been in school and not pulling the plow. Yet another picture of despair caused by the pandemic. However, I wasn’t about to let that get me down. That image stuck in my head: a poverty-stricken father lending a hand to his daughters while the mother spread fertilizer in the fields. When I have problems, I have internal debates with myself. That day, I told myself that on the one hand we say that our daughters are our pride, while on the other we let our daughters roam the field like oxen. “Vision without action is still a dream,” said author and executive Joel Barker. I couldn’t just sit back and imagine that my empathy from miles away would telepathically alter the fate of the two young women. He had to be the man of action that he knew he was.

Once again, my many years of work in Andhra Pradesh served me well as I tapped on my contacts in the state to find out more about this farmer and his family. In a matter of hours, the details arrived. I learned that his name was Nageswara Rao, and that the distressing image on social media was of his farm in a village near Chittoor. Although I have filmed a lot in the state, I have never been to the Chittoor district. Now this has become one more place on my list of must see places.

At 9:30 p.m. on that same Saturday, my friends in Andhra gave me more details. They even gave me their phone number and I personally connected with Nageswara Rao. He told me that he had a tea stand in Madanapalle, his village. But the pandemic had forced him to close the blinds on his small business, making him contemplate misery and hunger.

My people in Andhra had already learned details of the pitiful condition of her and her family.

Suddenly, I promised Nageswara that I would immediately prepare two oxen, so that his daughters could take off the yoke. He was so excited about my offer that he called within minutes to tell me that oxen were available in Tirupati, and once I had the money, I could run there and buy them.

Without much thought, I assured Nageswara that I would get the money to buy the oxen. It took a few more moments for the tube light in my brain to illuminate when I realized that a tractor, and not oxen, would be the ideal solution to this family’s problems. If animals were used in the field, it would still take more than one person to work alongside the oxen, while a tractor would make their lives considerably easier.

So I changed my mind and informed Nageswara that instead of sending him money for oxen, I would deliver a tractor to him the next day. But she needed a promise from him in return: that he would see to her daughters continuing their education.

The friendly Punjabi in me had spoken on impulse. But shortly after that conversation, reality hit me. I squirmed and came back in my dreams. The next day was Sunday and we were locked up. How the hell was I going to keep my promise to Nageswara and have a tractor in his field the next day? But I had given my word. Punjabiyaan gives vaada mattered.

Here I must tell you that Punjabis are passionate about agriculture. We empathize with the farming community in more ways than one. Another aside is that a tractor is something every Punjab youth has driven or ridden on.

Fortunately for me, by now my reputation preceded me. People everywhere wanted to help out in whatever way they could and be part of this social movement. On Sunday morning, I called my friend Karan Gilhotra, who is from Chandigarh, and asked him to find out the contact of an agency in Andhra Pradesh, because he wanted a tractor delivered to a farmer like SOS. I told him that I needed that tractor delivered to Nageswara that same day. Karan called the local Andhra agent from Sonalika Tractors, one of the leading tractor companies in India. Even though it was their weekly break, when the guys realized that the request was coming from me and was really important, they sped up my request. And voila! At around 5 p.m. the same day, Nageswara had a new tractor in his field.

(Published with permission from Penguin Random House India from ‘I’m not the Messiah’ by Sonu Sood. Request your copy here.)