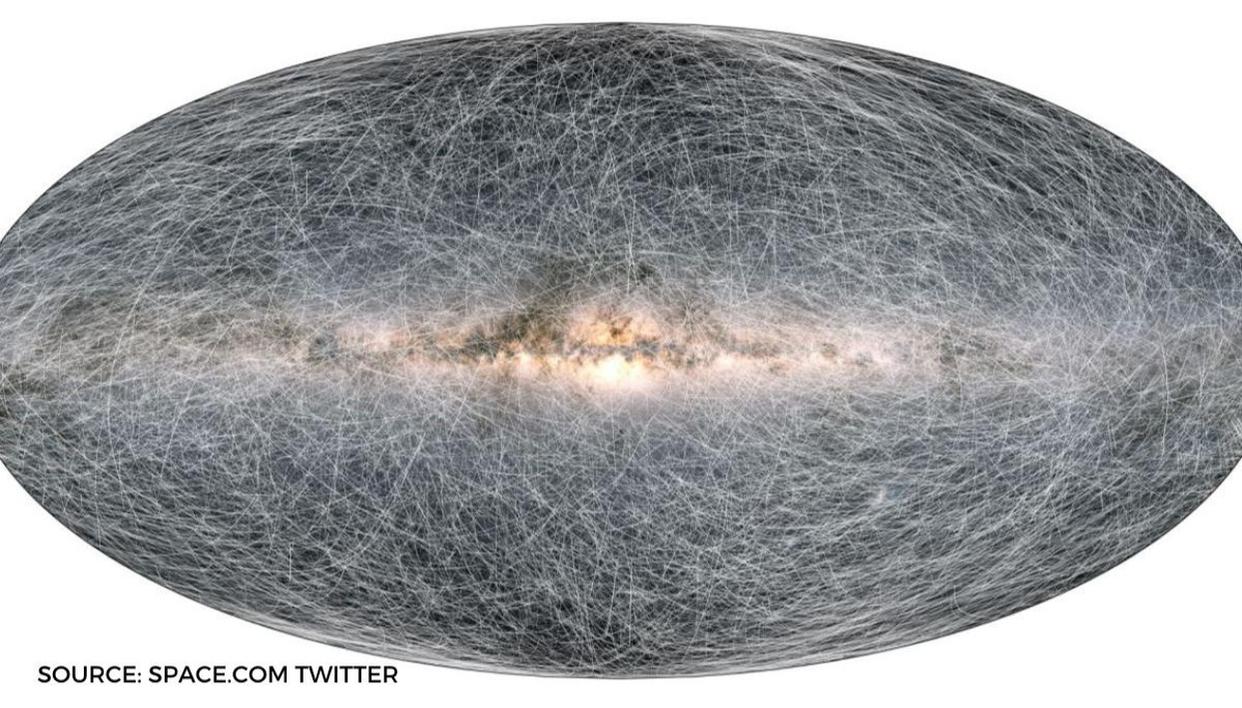 The Gaia Observatory of the European Space Agency (ESA) has made its mission a success. This observatory has offered one of the most accurate maps of the Milky Way galaxy with exact positions of almost 1.8 billion objects in space, including stars, nebulae, planets, asteroids, etc.

This powerful space telescope can map over a billion stars with the highest precision and has been mapping space since it began operating in 2013. According to an interview by Martin Barstow on Space.com, the Gaia observatory had already triggered a tsunami in astrophysics. Barstow, in charge of the department of physics and astronomy at the University of Leicester, is an important member of the Gaia data processing team. Barstow was seen in a virtual conversation with his fellow researcher, GiorgiaBusso, from the Leiden Observatory in the Netherlands.

Read also: NASA will launch the satellite ‘Sentinel-6’ to track the rise of the sea level on Earth, how to watch it live

About the Gaia telescope

Gaia launched into space in December 2013. Currently, this spacecraft is orbiting the Lagrange-2 point, which is almost 1 million miles from Earth. This place is unique in that here, the gravitational force between the Sun and the Earth is properly balanced and it is one of the best places to get the best view of the sky and the milky way. It is one of the most advanced telescopic observatories of the European space agency. It can map nearly 100,000 stars per minute and 850 million objects per day and can perform a proper scan of the entire sky once every two months.

Data found by the Gaia telescope

Gaia had observed and mapped nearly 1.7 billion space objects, including some asteroids, in 2018. In the 2020 data, the telescope offered more accurate data for more space objects. The current data also provided the motion and positions of stars, including asteroids and planets.

The Royal Astronomical Society launched a video conference on YouTube on December 3, 2020. Nicholas Walton, an astronomer at the University of Cambridge and part of the science team at the Gaia Observatory, provided interesting information. He said they were working with billions of stars that helped them figure out how stars and other planetary bodies change their position over time. He compared this phenomenon to tracking UK citizens with a tracker to monitor their health. He also added that the Gaia telescope offers detailed information such as dominant stars, exploding stars, dying stars of galaxies, etc.

According to an article on space.com, researchers were able to find a dead galaxy that the Milky Way consumed nearly 10 billion years ago. In addition, this space observatory of the European space agency also offered data on almost 20 hypervelocity stars in the center of the galaxy. In addition, scientists could point to about 1,000 stars, which may have hypothetical aliens such as humans.