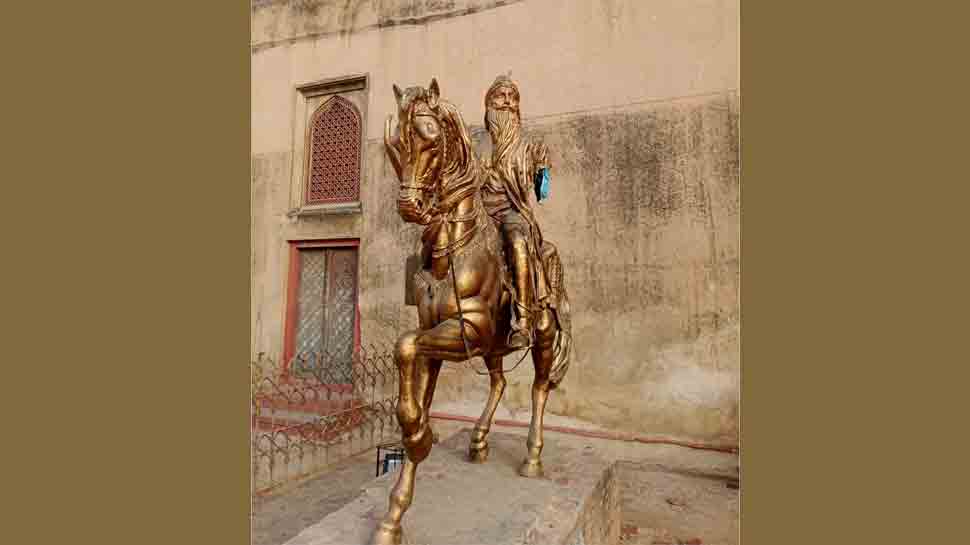 LAHORE: A statue of the 19th century ruler Maharaja Ranjit Singh in Lahore in Pakistan was vandalized by unidentified men on Friday (December 11). Criminals were reportedly upset by the speeches of some radicals in Pakistan.

The 10-foot-tall statue of Singh, who died in 1839, was unveiled in June on his 180th anniversary of death. The statue, made of cold bronze, shows the emperor sitting on a horse and carrying a sword. Popularly known as Sher-e-Punjab, Maharaja Ranjit Singh ruled the Sikh empire in the Punjab region in the first half of the 19th century.

Following the incident, local police arrested a teenager, identified as Zaheer, a resident of Harbanspura, Lahore in Pakistan. According to sources, he, along with his companions, defaced the statue, installed at the Royal Fort in Lahore.

However, just months after its unveiling, the statue was vandalized by two malefactors, Adnan Mughal and Assad in August 2019. They were reportedly upset with the Indian government’s decision to remove Article 370 in Jammu and Kashmir and fork the state in two union territories.