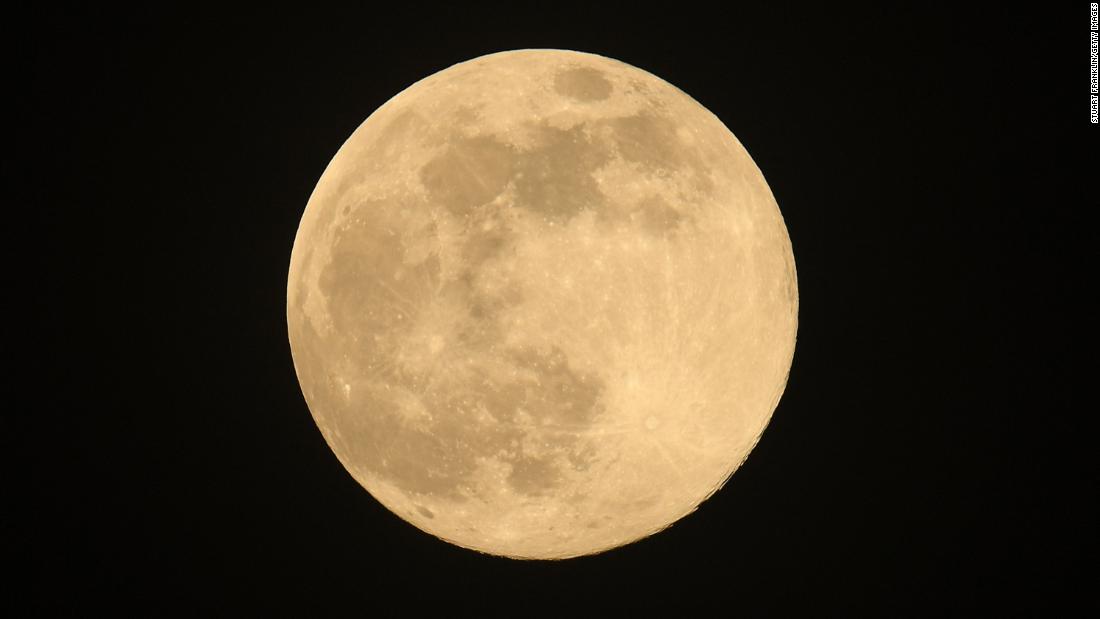 The seeds – loblolly pine, sycamore, sweetgum, redwood and Douglas fir – traveled with Stuart Roosa, one of the three NASA astronauts on the mission and a former U.S. Forest Service parachute firefighter, sealed in small plastic pouches stored in a metal canister in his personal luggage. They were part of an experiment to see how seeds responded to the space environment.

Steve Miller, vice-president of the Royal Astronomical Society and professor at University College London, believes some of these seeds or seedlings ended in The United Kingdom. He wants to know what happened to them, as does the UK Space Agency.

His research began after he asked the popular BBC radio show “Gardener’s Question Time” for a suitable horticultural way to mark the bicentenary of the Royal Astronomical Society, celebrated in 2020.

Panelist and gardener Christine Walkden suggested that she look for the trees grown from the moon seeds she believed to have planted in the UK and get a cut from one of them. However, no evidence of their existence in the UK has been found.

Two potential recipients, the Kew Gardens in London and the arboretum at Jodrell Bank, the UK’s leading space observatory, have no records of the seeds supposedly brought to the UK, Miller said.

He is now appealing to the public for any leads.

In the United States, many of the seeds were donated to state forestry organizations in 1975 and 1976 for planting as part of the country’s bicentenary celebrations. According to NASA, loblolly pine was planted in the White House. Trees have also been planted in Washington Square in Philadelphia, in the International Forest of Friendship at Valley Forge, and at various NASA universities and centers.

Miller has been able to trace a “half moon tree” created from a cut taken from one of the moon trees planted in the United States. The half-moon tree grows in a private garden in the village of Flamstead in the Chiltern Hills north of London. The RAS has promised to cut down that tree for its bicentenary.

“We’re really grateful for that,” Miller said. “But we still want to know if any Apollo 14 seeds came to the UK, and – if so – what just happened to them?”

The tree seeds on the Apollo 14 mission were not part of a systematic experiment. When Apollo astronauts went to the moon, they were allowed to bring a handful of personal items. One of the astronauts, the late Alan Shepard, packed golf balls – becoming the first person to golf on the moon.

His crew, the late Roosa, decided to take something in honor of the forests of America, a tribute to his past as a smoke jumper – someone who parachutes into remote wilderness areas to extinguish wildfires.

However, scientists were keen to study the seeds afterwards, because at the time few experiments had tested the effects of space on botanical specimens. The Forest Service studied the genetic structure of the seeds, investigating whether they would germinate and grow normally. (They did.)

Since then, other seeds have made the journey into space and successfully sprouted. In 2015, 2 kilograms (4.4 lbs) of salad seeds spent six months aboard the International Space Station and were successfully planted back on Earth – though they grew slower than their non-Earth counterparts.

The UK is also home to seven apple trees that went on a mission to the space station. The UK Space Agency grew the seeds from the exact tree that inspired Isaac Newton to discover gravity.

“Sending seeds to space helps us understand the impact of the unique environment on the biological composition of seeds. Understanding the effects of space on unrefined seeds will be vital for future space missions, including when we seek to sustain human life beyond the Earth, “Libby Jackson, Human Audit Manager at the UK Space Agency, said in a statement.

“Space has a wonderful way of inspiring people. We saw that excitement when space saplings grown from the seeds of Newton’s apple tree were planted on our soil. I’ll be interested to find out if any of the Moon’s seeds came from.” the UK and what has become of them. “