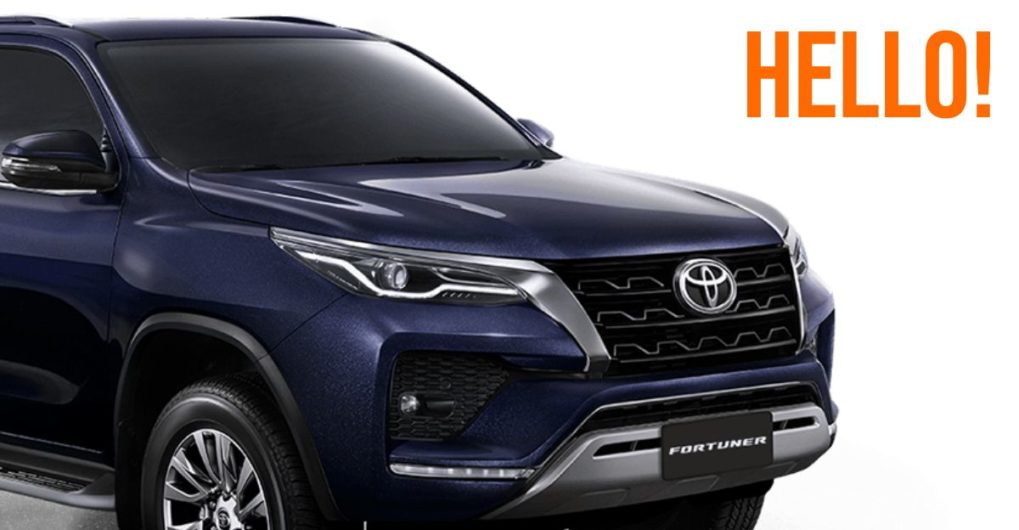 Toyota has been working on a couple of improved versions of its existing popular models for quite some time. They recently released the revamped Toyota Innova Crysta and are now gearing up to launch the revamped Fortuner which they have been testing for quite some time. The revamped version of Toyota Fortuner gets cosmetic changes from the current version and is expected to be launched on the market early next year. The revamped version of Fortuner will launch in January 2021. Some of Toyota’s dealerships have even started accepting reservations for Fortuner unofficially.

Speaking of the changes, Fortuner has a redesigned front with sleek looking headlights. The headlights themselves have the same design as before, but now have an integrated LED DRL. The bumper itself has also been redesigned. It looks much more muscular with the honeycomb pattern around the LED fog lights. There is a silver skid plate and the turn indicators are located lower on the bumper. With all these new updates, the SUV looks premium from the front.

Coming to the side profile of the car, the Fortuner retains the same design language as the current version. Coming to the rear profile the main difference is the split LED DRL. Other than that you get the same old bumper with reflectors on the bottom. Inside, the Fortuner will also have an updated cabin. You get an updated touchscreen infotainment display that is compatible with Apple CarPlay and Android Auto, ambient lighting, 360-degree camera, cordless phone charger, etc.

With all these changes, the price of Toyota Fortuner will definitely go up. Coming to the 2021 Fortuner engine and transmission, it will be offered with gasoline and diesel engine options. The existing 2.8-liter diesel engine is expected to be upgraded and will generate a maximum of 204 Ps and 500 Nm of maximum torque. This engine is already available on the international market. The gasoline version of the Fortuner will be powered by a 2.7-liter engine that generates 117 Ps and 245 Nm of torque. The gasoline and diesel versions are available with manual and 6-speed automatic transmission.

Toyota also plans to launch the much sportier version of Fortuner in the Indian market. It is known as Legender and is already available in international markets. It’s a sportier-looking iteration of the regular Fortuner that has a different grille, a different set of lights, and offers a couple more features as well. Toyota will sell Fortuner and Legender side by side and is expected to be introduced in our market after the launch of the improved regular version of Fortuner. Since it is a more premium version of Fortuner, it will also be expensive.

Also read: MG Gloster vs Toyota Fortuner. What SUV should you buy?