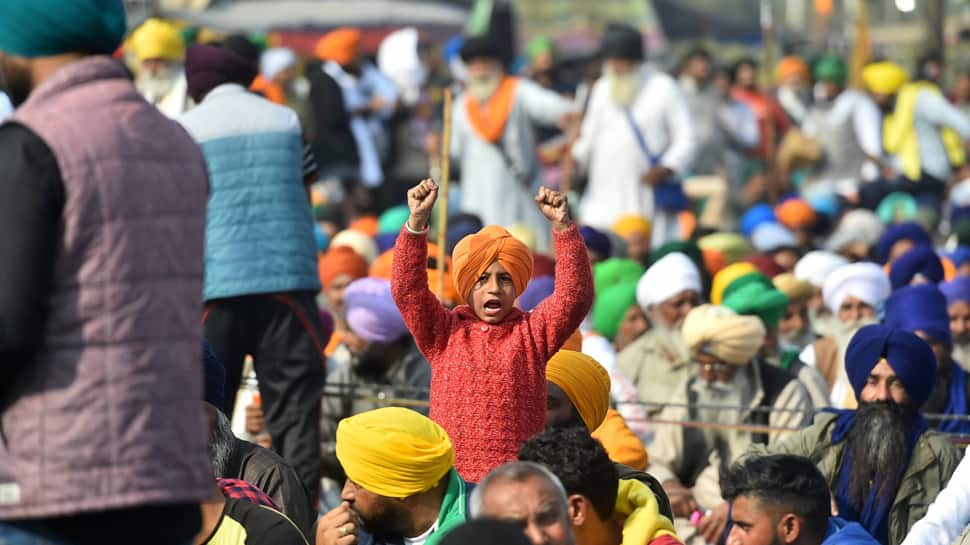 The sources added that there are credible intelligence contributions to indicate that these elements plan to instigate the farmers to incur acts of violence, fires and damage to public property. They plan to do it in the next few days.

In a new twist to the ongoing protest by thousands of farmers against the Center’s farm laws, posters have appeared demanding the release of writers, intellectuals and rationalists arrested primarily in connection with the Elgar Parishad case and the Delhi riots.

These posters were reportedly put up on Thursday, the 15th of the farmers’ agitation in the national capital.

The farmer corps – Bhartiya Kisan Union (Ugrahan) – was holding a demonstration on the Tikri border against the Center during which some posters calling for the immediate release of social activists and JNU students: Gautam Navlakha, Sudha Bhardwaj, Varvara Rao, Anand Teltumbde, and Umar Khalid, Sharjeel Imam, Khalid Saifi, accused of riots in Delhi, were accommodated by unknown persons.

The posters called for justice to be done. However, it is unclear whether these banners and posters were associated with farmers or not.

Ugrahan – demanding the release of writers, intellectuals, rationalists arrested mainly in the case of Elgar Parishad and Delhi Riots. All have been registered under the Illicit Activities (Prevention) Law (UAPA) in different cases.

While the largest protest site at present is the Singhu border, thousands of farmers have been protesting on the Tikri border for two weeks. Since the start of their protest, the farmers have argued that no issues unrelated to farmers’ welfare will be raised from the protest site.

The leaders of the Bharatiya Kisan Union (Ekta Ugrahan), however, maintained that protesting in support of those who are imprisoned was not political.

“This was done to celebrate Human Rights Day. These are prisoners who fought for the lower classes and their rights. We also fight for their rights, which the government is trying to take from us. It is not a political movement at all, ”he said.

On December 10 (Thursday), they threatened to intensify their agitation with a plan to block the train tracks if their demands are not met soon. The announcement came on a day when the Union Agriculture Minister Narendra Singh Tomar said it was inappropriate to announce the next stage of turmoil as talks continued and urged unions to return to the discussion table.

The three agricultural laws enacted in September have been projected by the government as major reforms in the agricultural sector that will cut out middlemen and allow farmers to sell anywhere in the country. However, protesting farmers have expressed fear that the new laws would pave the way for removing the Minimum Livelihood Price safety cushion.

They believe that these would destroy the mandis, leaving them at the mercy of large corporations. The Center has repeatedly stated that these mechanisms will continue.