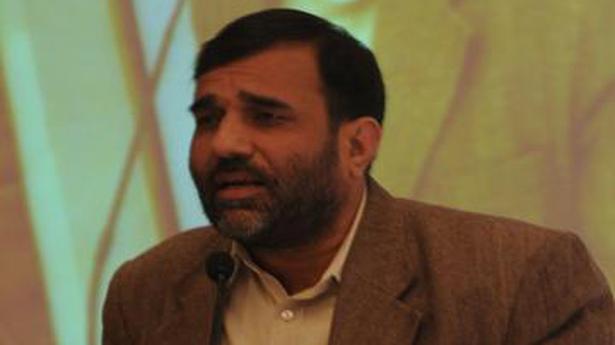 Trade Secretary Anup Wadhawan on Tuesday questioned the rationale behind the US government’s decision to put India in the watch list for currency handlers, and said the list was an intervention in the policy space needed by central banks throughout the world to fulfill their mandates.

Recently, the US Treasury Department had kept India in a watchlist for currency handlers submitted to the US Congress, citing higher dollar purchases (close to 5% of gross domestic product) from the Reserve Bank of India ( RBI).

Another trigger for inclusion on the currency watch list is a trade surplus of $ 20 billion or more. India’s trade surplus with the United States grew by about $ 5 billion to $ 23 billion in 2020-21 from about $ 18 billion in the previous financial year as imports fell more sharply than exports in the year affected by COVID.

In response to a question on the United States, Mr Wadhawan said the RBI had been taking the necessary steps to maintain stability in the financial markets and not collect forex reserves as China had done in the past.

“I believe that the central bank’s activity in the foreign exchange market has been perfectly balanced and perfectly legitimate within the mandated monetary policy mandate of central banks worldwide. This watchlist is a recent phenomenon (and) is an intrusion into the policy space of central banks. I personally don’t understand its logic or economic logic, ”said the Secretary of Commerce.

“These are, in my opinion, very legitimate operations in the market by a central bank. It is a mandate for the central bank to provide stability in the currency from which central banks buy and sell foreign currency. Our general reserves have been fairly steady at $ 500 bn to $ 600 bn. We do not build up reserves like China, which had $ 4 trillion reserves at one time, ”he noted.

He claimed that India has a consistent holding pattern of ‘with rise and decline’ forex reserves based on market transactions that central banks can carry out.