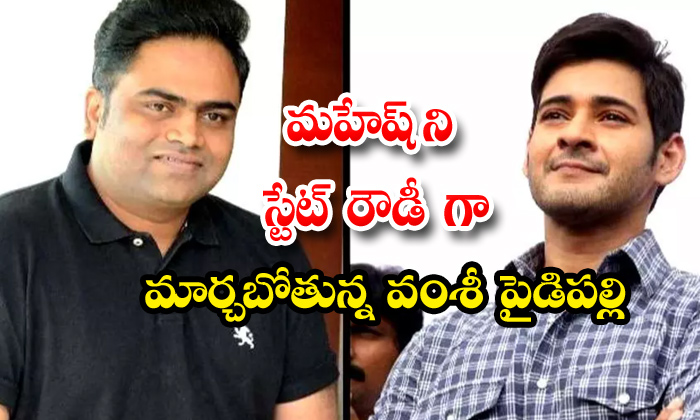 Tollywood superstar Mahesh Babu is currently on the cusp of a series of successes. The rich man is hitting on the hit without a chance to look back after the movie.

Every one of his films can easily cross one hundred crores. Currently, the government is getting ready to shoot their song film under Parashuram’s direction.

The movie sets will go up after January 25. Meanwhile, after this movie, Mahesh Babu gave the green signal to make a Pan India movie with Rajamouli.

However, it is not known what the subject of the film is. However, it seems that Mahesh Babu is ready to complete another film before Rajamouli starts.

Mahesh Babu said the same to make another film under the direction of Vamsi Paidipally, the director who gave a solid hit to the superstar with Maharshi.

However, in the meanwhile, Mahesh rejected the story told by Vamsi and Parashuram did the same.

However, again, it seems that Vamsi Paidipally has impressed Mahesh with another new story.

Meanwhile, it seems that megastar Chiranjeevi’s Sister is going to give the movie the title State Rowdy for this movie.

The movie was also a disaster.

It remains to be seen whether Mahesh will say the same.