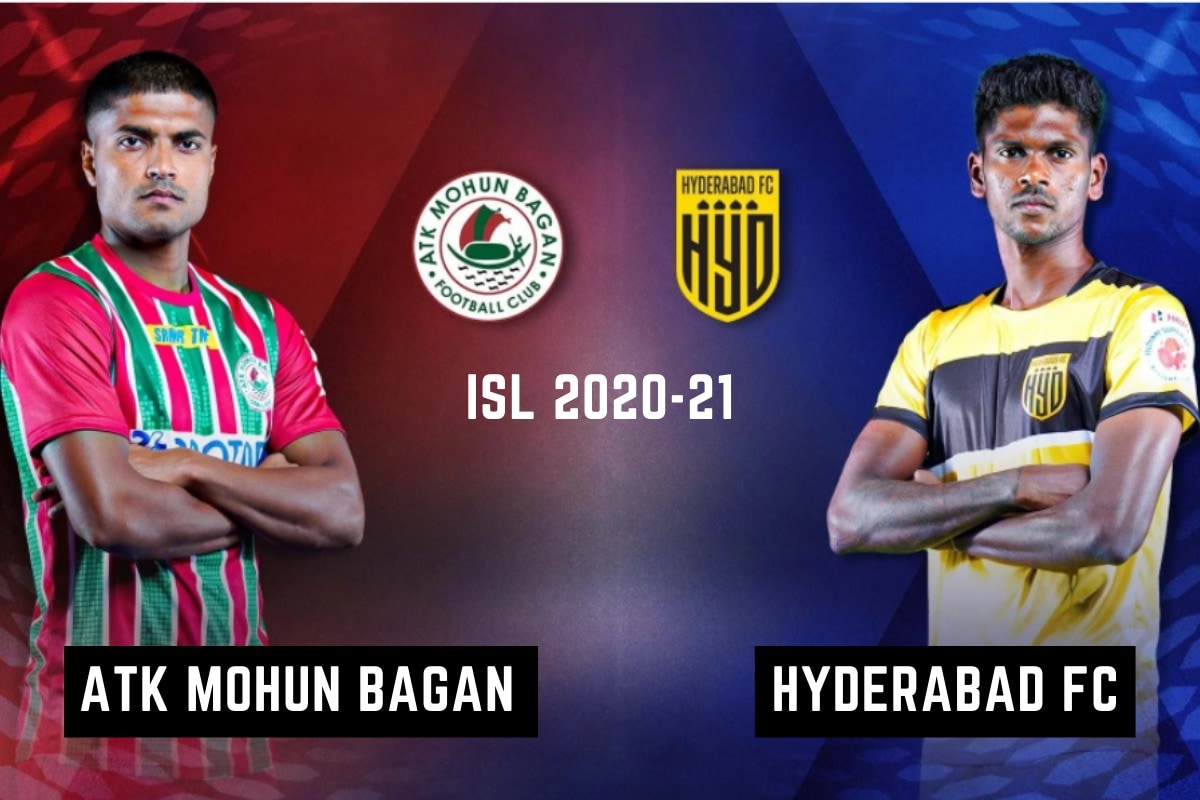 Summary of ISL 2020-21, ATK Mohun Bagan vs Hyderabad FC: An exciting contest comes to an end as everything ends on the block at the Fatorda Stadium between ATK Mohun Bagan and Hyderabad FC. Habas’ team, which dominated the HFC in the second half, went ahead through Manvir Singh in the 54th minute, after a failed goal kick by Subrata Paul fell on their feat in midfield. The 25-year-old lunged forward and, with a bit of luck, made a good touch inside the box to get the ball into the back of the net. However, the advantage held for just 10 minutes when Joao Victor tied for the Nizams. Nikhil Poojary was brought down inside the area by Manvir and Joao Victor made no mistake from the penalty spot. Then both teams tried to get the elusive winner with Hyderabad having better chances but couldn’t find that killer pass as both teams had to settle for a standoff.

ATKMB received its first loss of the season to Jamshedpur FC earlier this week. However, having won three straight matches before that, the Kolkata team remains third in the league table, three points behind Mumbai City on top.

On the other hand, Hyderabad FC started their season on a winning note before drawing back-to-back in the last two matches against Bengaluru FC and Jamshedpur FC. They currently rank sixth on the points table with five points from three starts.

Both teams have several similarities, from relying on a single goalscorer (Roy Krishna for ATKMB and Aridane Santana for Nizams) to having a tight defense (two teams with the fewest goals conceded). Krishna has scored four of the five goals introduced by ATK Mohun Bagan this season.

ATKMB coach Antonio Habas recognizes the need for more players to contribute, especially considering his team is coming off its first loss of the season against Jamshedpur FC.

“All the players have to collaborate. The idea now is to score goals from more players collaborating better,” said Habas on the eve of the match.

And while ATKMB remains the only team not conceding in open play this season, they did let in two set pieces against JFC, costing them the game. Habas hopes to improve in this area before his game against Hyderabad.

“Last season we conceded one goal from set pieces in every game. Now in one game we conceded two. I hope we improve. The rivals have good players for this situation. I have confidence in my team and I hope this type of situation will not be repeated” , said.

Meanwhile, the story is similar in the Hyderabad camp. Defensively, the team has conceded just one, the lowest in the league, and has yet to succumb to defeat. But his attack is not great. Aridane remains the sole scorer, having scored both of the team’s goals.

“It is true that we have been doing well in defense. But we have to score more goals, that is the goal,” said Hyderabad FC assistant coach Thangboi Singto.

“ATKMB will always be difficult for all teams because they have depth and strength in all departments, but the most important thing for us is to see what we can do better.”

“There is not much weakness in ATKMB. But we have plans where their weaknesses can be exposed. We want our players to give their 100 percent. When you give your best, the result follows,” added Singto.