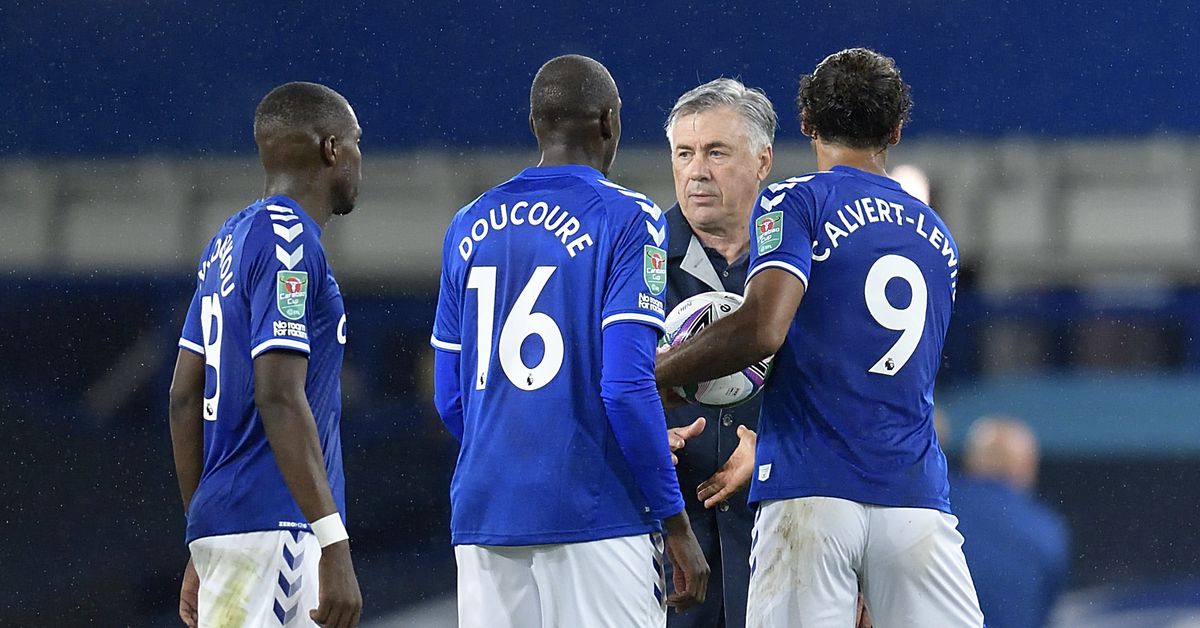 Chelsea takes on Everton tomorrow, a chance to make up for one of last season’s worst results, a 3-1 loss at Goodison. Chelsea have improved, but Everton have also improved since then. Lately, the results haven’t been that good – a classic Ancelotti “bad moment” – so we talked about that and more with Matthew chandler from SB Nation’s Everton blog, Mersey royal blue. Be sure to check out the reverse edition of this Questions and Answers about GBR, where we talk more about Ancelotti, more Mendy the savior and how Chelsea could approach this game.

WAGNH: Everton’s start to the season was historically good, but now it has become too common. What happened? Can you still save in at least one challenge in the top six?

RBM: What happened is that our best players have missed games (Richarlison due to suspension, Lucas Digne due to injury) and we are not yet strong enough as a team to face each other without a standout or two. Nine of the same players started our first four league games, of which we won all four. Since then, through a forced hand and a few odd selections at times, Carlo Ancelotti has taken off a bit.

WAGNH: Who is this new Dominic Calvert-Lewin and what have you done with the old one? Or did Ancelotti just unlock something in the young man who has always been there?

RBM: Not just Ancelotti, but Duncan Ferguson too. You will remember last season’s Everton-Chelsea game, which was Ferguson’s first in the interim role after Marco Silva’s firing two days earlier. Calvert-Lewin was played out of position under Ronald Koeman, while Silva was unable to get a scorer out of him for whatever reason. Yet from the moment Ferguson took over, he made Calvert-Lewin his man, and Ancelotti just continued that renaissance.

Calvert-Lewin has always had an admirable work rate and his complete game has long been impressive for a young player. Now that he’s started scoring goals, it’s hard to see a weakness in his game.

WAGNH: Speaking of Ancelotti, what is the verdict on his almost a whole year in charge now? What are your prospects for a long-term stay and project at the club?

RBM: Silent progress. We are a better team than when Silva was fired: individuals have improved (Calvert-Lewin, Digne, Richarlison, Mason Holgate), the team is stronger, we are more mentally resilient (we do not come from behind to win a single league) low game Silva) and are now much more of a set piece threat.

The recent decline has been worrisome, and while Ancelotti has made mistakes, there are many mitigating factors. The relentless schedule imposed by COVID, the absence of fans, and the fact that the team still has its fair share of scum stand out, for example. The best time to judge Ancelotti is in a year, when he will have had enough time to mold the club and squad in his image.

We’re currently ninth in the league and, to be honest, it’s probably about where we should be with the squad we have. Ancelotti is a great coach, but he can only polish so much snot.

WAGNH: We haven’t won often at Goodison in the last decade. What is the secret that Chelsea rarely seems able to decipher?

RBM: We often play for the bigger games I guess. There is no real secret; And hopefully the return of 2,000 Evertonians to Goodison Park on Saturday can provide some inspiration for players who could certainly use a boost after one win out of seven.

WAGNH: How are Everton likely to approach this game? Play open and press high or sit and counter? Maybe something more complicated?

RBM: It’s hard to tell because Ancelotti seems to tweak his approach from game to game. He has recently entertained three defenders who neither take advantage of the strengths of the Everton defenders nor help Allan and Abdoulaye Doucouré in midfield, who have been more exposed without the third midfielder they had by their side earlier in the season.

This is my only criticism of Ancelotti so far; a year later, I’m still not sure what kind of team we are. However, after a difficult race, I think it would be best to go back to the more fluid 4-3-3 that worked at the beginning of the season.

WAGNH: DCL is obviously a general threat, while neither James nor Richarlison needs much of an introduction, but who are the other difference markers we should be on the lookout for?

RBM: I’m not sure, really. After those three, our next top scorers are Michael Keane, a central defender, with three, and Bernard, a secondary player, with two.

Bernard is a player that I like despite the evident inconsistency and the lack of a final product that limits his possibilities; if he does show up, take care of him. Keane is a set-piece threat, while hopes are high for left-back Niels Nkounkou, 20, and winger Anthony Gordon, 19, despite Ancelotti keeping them at arm’s length lately (much to the confusion of fans ).

WAGNH: Pickford or Kepa – only one can be your goalkeeper for the next ten years, and you have to play every game. Who are you going to choose?

RBM: Kepa. It’s still a higher ceiling than Pickford in terms of potential and I’ve never seen Kepa try to ignore mistakes with smiles and smiles the way Pickford infuriatingly does (though I did think the way Kepa performed in the EFL Cup final in 2019 was pretty embarrassing)

That said, Pickford suffered a series of personal abuse after his challenge to Virgil van Dijk in October, and he handled it admirably. He’s also been in slightly better shape lately, even if he hasn’t had a clean sheet since September 13.

Many thanks to Matthew for taking the time to chat one more time! Be sure to visit them at Mersey royal blue.