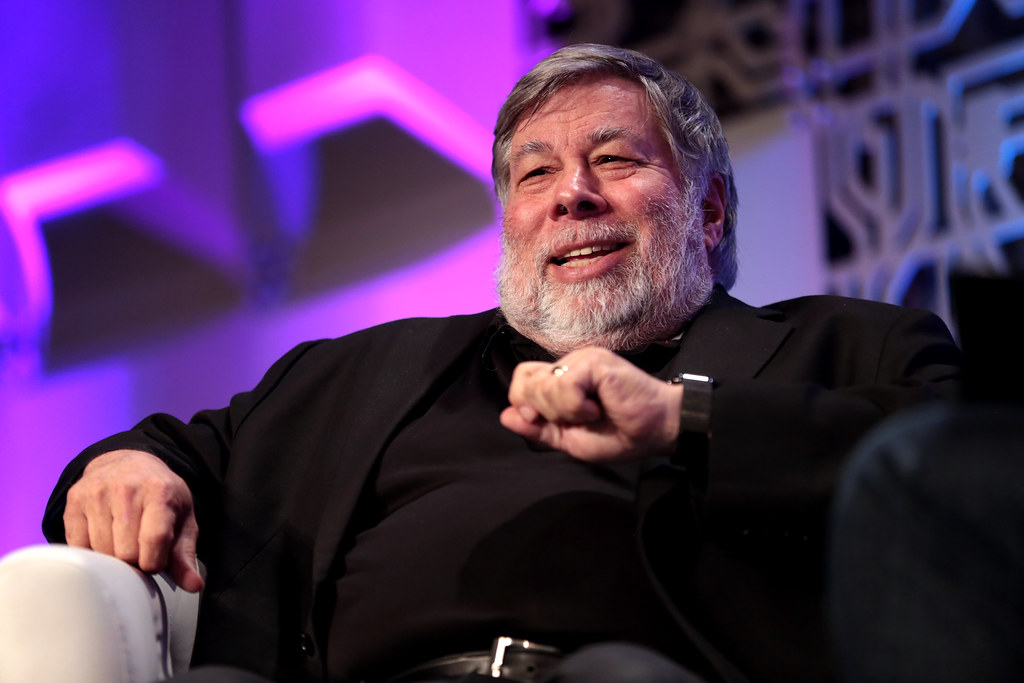 Steve Wozniak, co-founder of Apple, has ventured into Efforce, a blockchain-based energy efficiency startup, 45 years after starting his first company. Wozniak’s ambitious project aims to use cryptocurrency and blockchain technology to make it cheaper and more convenient for companies to finance ‘green’ projects. The Malta-based startup has been in stealth mode for the past year, about which Wozniak had hinted at at the Delta Summit 2019.

This is the first blockchain-based energy saving platform that is accessible to investors large and small, regardless of borders, to monetize their transferable energy savings. His goal is to democratize the $ 250 billion markets for energy efficiency projects.

Efforce’s launch came with the inclusion of a digital token, WOZX, named after Wozniak. According to the company, it had received an initial valuation of $ 80 million from investors in private sales. However, it posted a market capitalization of $ 950 million in the first 13 minutes, which is quite remarkable.

Wozniak said that energy consumption and CO2 emissions have grown exponentially around the world, causing drastic climate changes. He firmly believes that the energy footprint can be improved and energy consumption reduced without drastically changing habits. Based on the premise that energy can be saved just by making more energy improvements, the Efforce team has created the first decentralized platform, allowing anyone to participate and financially benefit from energy efficiency projects around the world.

As the website explains, taxpayers can participate in energy efficiency projects by acquiring future tokenized savings, while companies can benefit from such improvements at no cost.

Jacopo Visetti, project leader and co-founder of Efforce in the official statement said that these are difficult times for small businesses. Most of them cannot afford to switch to LEDs or optimize production processes. Efforce will allow these business owners to securely register their energy upgrade projects and receive funding from investors around the world.

How do you use Blockchain technology?

WOZX, the cryptocurrency, can be used to buy energy efficiency projects that energy service companies can include on their platform. The Efforce team then validates the project, after which they develop the project with the company, including evaluating the investment required, calculating anticipated returns, and creating an Energy Performance Contract (EPC) detailing the savings and the duration of returns for the company and investors.

Explaining further, the company said that it then lists the project for mass distribution, from where participants can purchase the project using fractional or full WOZX tokens. The energy savings from these projects can be tracked and measured through smart meters connected to the blockchain, which can be displayed on the investor’s profile as an energy credit for use or sale by the investor. “Power credits are distributed in megawatt-hours,” the press release noted, which can be used to offset electricity bills or sold to Efforce for cash.

WOZX began trading publicly on December 3 on HBTC.com and aims to launch soon on Bithumb Global, another marketplace for decentralized currencies. While HBTC is a Singapore-based crypto exchange, Bithumb is based in Korea. WOZX cannot be bought and traded through a US exchange site.

How is the world receiving it?

It is quite unusual for cryptocurrency to be used to deal with the environmental crisis, but Wozniak is hopeful that it can lead to significant change. While private investors have responded positively, there is another section that is criticizing it.

One comment said that it is not clear from the beginning what Efforce really is… ”Perhaps we can describe it as the equivalent of a carbon offset market, just for energy? Well if that’s the case … you don’t need a blockchain or a token. It can be done today in dollars and euros ”.

Another comment read: “… I just hope this company is not aimed at non-rational people … even though it certainly seems so.”

With the ongoing debate on the technology, the company believes that if successful, the energy efficiency market is likely to see a massive influx of new investment and a drastic reduction in global emissions. Wozniak has long hoped for encryption technology and aims to break new ground in the field with Efforce. We can only wait and watch.

If you loved this story, join our Telegram community.

Plus, you can write to us and be one of over 500 experts who have contributed stories to AIM. Share your nominations here.

Srishti is currently working as an associate editor at Analytics India magazine. When she’s not covering analytics news, editing, and writing articles, she can be found reading or capturing thoughts in pictures.