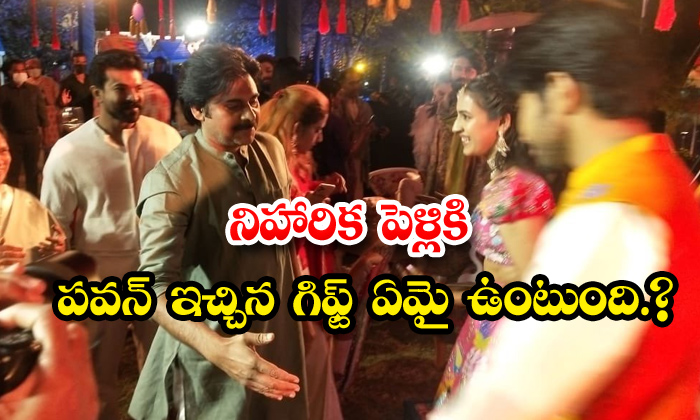 Gifts from mega celebrities to the wedding are currently being discussed.Chiranjeevi It was reported that he had given a very valuable piece of jewelery as a gift to Nebula. 1.5 crore News is coming that Chiranjeevi has given an expensive gift to Chaitanya along with that valuable jewelery. Mega heroes It is learned that all of them have given very valuable gifts. So many people have given so many What did Mari Pawan give? Everything is being discussed with interest.

Pawan Kalyan his Anna’s daughter Nebula is getting married Along with the mega fans, others were also wondering what he would give for. It is known that Pawan Kalyan is in some financial trouble.

At one point his Financial problems Everyone knows that Pawan is the man who ignored Nagababu and dragged him out of the losses of the Orange movie. The most expensive gift Says giving.

It is said that it will be more than what Chiranjeevi gave. Pawan, as always, silently helps out.

With that, it became unclear what Pawan had given.