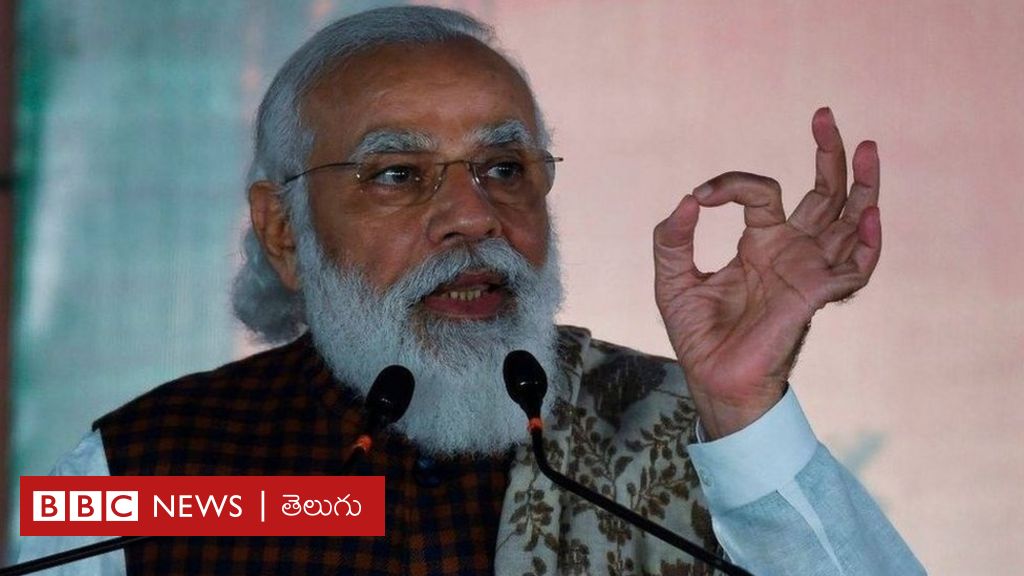 Saroj SinghBBC correspondent 10 December 2020 Photo source, Getty Images The central government is trying to come up with a solution in the meantime to convince farmers on the newly brought agricultural laws. Farmers, however, are being urged to repeal the laws. So far six rounds of talks have failed to yield any results. That was followed by ministerial level. On Tuesday, however, Union Home Minister Amit Shah stepped directly into the fray. But no progress has been made in convincing the farmers. Government sources said that Prime Minister Narendra Modi had met the ministers last Saturday on the issue. It has also informed some farmer associations in writing that it is ready to amend the laws. However, the farmers rejected these proposals. At the same time, the government has made it clear that it will not repeal these laws. Photo source, Getty Images Many questions … Under such circumstances .. Why is the government not withdrawing these laws? Are there political reasons behind this? Or are there financial aspects? In view of the support coming to the farmer unions from Britain and Canada .. Is there an international perspective on this issue? Questions are being raised. The BBC has approached agricultural experts and senior journalists to speak on these questions. “The BJP has become the most powerful party today. The government feels that these laws are necessary to reform the agricultural sector. Attempts have been made to bring in these laws during the previous UPA regime as well. Sharad Pawar’s letters show that. However, there was a strong will at the time. But, the BJP situation today is not like that. At the center they have a strength of over 300 MPs. If these laws are not enforced now, will they ever be enforced? The government withdrew it amid protests and controversy. In Parliament, Congress leader Rahul Gandhi described the Modi government as a “suit boot government”. This brought the government into disrepute. The government has said it is bringing in fresh bills to protect the interests of farmers. Moreover, the government feels that the repeal of these laws has damaged their credibility. Photo source, Getty Images Another thing to note here is that even the Rashtriya Swayamsevak Sangh (RSS) did not support the land acquisition bill. However, at present, Swadeshi Jagaran Munch and Bharatiya Kisan Sangh, farmers’ unions affiliated to the RSS, are supporting the agricultural bills. They say that if two or three amendments are made, these can be implemented. At present, these parties are opposing the laws with political motives, ”Hebbar said. Two days ago, Union Justice Minister Ravi Shankar Prasad held a press conference and explained how the then Congress and NCP supported these laws. He recalled the promise given by the Congress to repeal the APMC Act in the Lok Sabha along with the manifesto released by the Congress regarding the 2019 elections. The then NCP leader Sharad Pawar also wrote a letter to the BJP on the issue. On the other hand, the AAP government in Delhi also supported one-third of the legislation. However, now Delhi Chief Minister Arvind Kejriwal is preparing to hold a dharna in support of the farmers. Therefore, the central government feels that the parties are opposing the laws only for political purposes. Photo source, Getty Images Internationally … There is also an international perspective on this topic. Many agronomists are of the view that farmers’ demands for a minimum support price (MSP) will not do any good to the Indian agricultural sector. “According to international norms, the government should subsidize farmers up to only ten per cent of agricultural GDP. All countries have pledged to the WTO to abide by this. However, other countries are arguing that they are being treated unfairly by the countries that subsidize the most, “said Professor Pramod Kumar Joshi, director of the South Asian Food Policy Research Institute. That is why our wheat prices are slightly higher than other countries. This is the reason why our crops do not see sales in international markets. The Commission for Agricultural Costs and Prices (CACP) said in a report that the prices of Indian agricultural products in the international market are higher than in other countries. Photo source: NARINDER NANU / AFP VIA GETTY IMAGES The Center feels that only Punjab and Haryana farmers are most affected by the latest laws. Because compared to other states .. these two states have a strong mandi system available. On the other hand, these states are also the major growers of crops covered under the MSP. The government feels that there is not much opposition to the latest laws outside these two states. This is because many farmers are still selling their crops outside the mandis. In 2015, the Santa Kumar Committee said that only six per cent of the farmers were benefiting from the MSP. This means that 94% of the farmers do not get any benefit from MSP. According to the Agricultural Census 2015-16, 86% of the farmers in India are small and lean farmers. This means that they all cultivate less than two hectares of land. Therefore, the government did not expect such a large number of farmers to come to Delhi. The Bharat Bandh on Tuesday received a mixed response in the BJP-ruled states of Uttar Pradesh and Madhya Pradesh. ” Farmers ‘income should be doubled’ ” Some farmers are skeptical about agricultural laws. However, I think their income will be doubled with these laws, “said Prime Minister Narendra Modi during his visit to Varanasi.” There is another reason why the central government is not withdrawing these bills. ” They think of these versions as historical versions. Now the skeptical farmers are the ones who want to say thank you. He said similar protests had taken place even when reforms were brought so far. They say the government is ready to fight this long, “said Wiz Arora, political editor of Outlook magazine. “The central government has promised to double the income of farmers by 2022. The government believes agricultural laws are key to achieving this goal, “said Wiz.Source