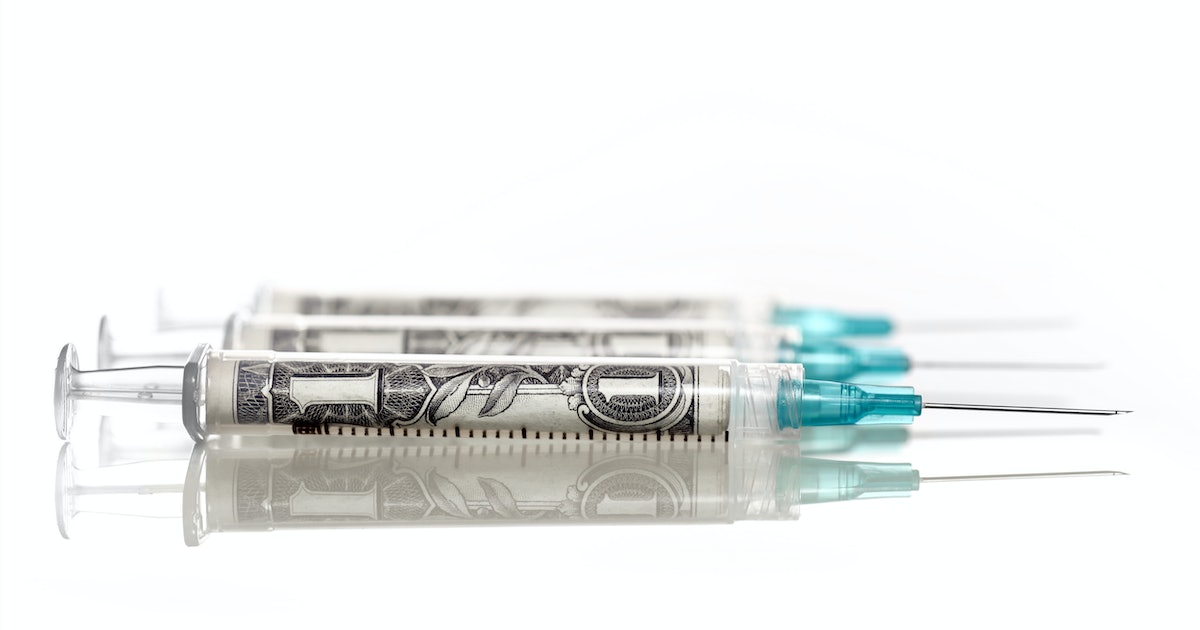 The first COVID-19 vaccine to gain emergency use authorization in the US could be rolled out in a few days, as the Pfizer and BioNTech candidate was endorsed by an external Food and Drug Administration advisory panel on the 10th. from December. Two days earlier, an internal FDA panel approved the vaccine. These were the last necessary steps before the FDA authorizes the vaccine, which will soon be administered to healthcare workers across the country.

But while healthcare workers, who will be the first to get the vaccine, seem eager to get the vaccine, others aren’t so convinced. In fact, recent studies indicate that many Americans do not plan to receive a COVID-19 vaccine, even if one is available at no cost.

If vaccination levels are not robust, it will take longer to achieve herd immunity or widespread protection within a population. In response to these concerns, several people have suggested that the government should provide a monetary incentive for COVID-19 vaccination.

We are health law professors and in our opinion it is important to understand how these monetary incentives work as COVID-19 vaccines become available, why payment for vaccination can exacerbate distrust in vaccines, and how this incentive It fits into the larger story of monetary incentives. in public health.

The idea behind the monetary awards for COVID-19 vaccination

In the summer and early fall of 2020, multiple surveys indicated that the number of Americans planning to get vaccinated against COVID-19 was less than desirable. Experts estimate that achieving herd immunity requires that between 67% and 85% of Americans get vaccinated. A recent Pew Research Center survey showed that only 60% of Americans were considering receiving a COVID-19 vaccine.

If vaccination rates are really low once vaccines are widely available, it will take the United States longer to curb the pandemic. In addition, many Americans who express distrust in the COVID-19 vaccine are members of racial minorities, who are precisely among the groups most affected by the pandemic.

The idea of ​​monetary incentives seems simple: pay people to get vaccinated. One early proponent, economist Robert Litan, called the idea “an adult version of the doctor who hands out candy to children.”

Litan suggested that the government should pay US $ 1,000 for each person who receives a COVID-19 vaccine. He admitted in his proposal that he had not relied on any study or data to arrive at this number, and explained that the proposed payment amount was a “hunch.”

Since then, his idea has been endorsed by prominent commentators. These include economist Gregory Mankiw and politician John Delaney, who suggested that the incentive should be increased to $ 1,500.

When money works and when it doesn’t

Paying incentives to people who take health risks to help others is not new. The most common example is clinical trials. Participants in these trials typically receive fixed payments, typically between $ 25 and $ 1,000, to cover the costs of participation and perhaps to make up for participants’ time.

The researchers do not intend that these payments induce subjects to take risks that they would otherwise reject. But there is concern that if clinical researchers pay potential subjects to take risks, their clinical trials will prey on the poorest people for whom the payment would make the biggest difference. The law withholds authorization for clinical trials in which there is reason to suspect that large payments induced people to take risks against their good judgment.

While several studies show that nominal payments rarely cause a person to consent to clinical research that the person believes is risky, data shows that payments of up to $ 1,000 cause potential participants to perceive the proposed research as highly risky. These people seek risk information and review it more closely than others who were offered significantly lower payments.

Monetary compensation is also available in other cases. For example, plasma donation payments currently range from $ 30 to $ 60. Compensation for gamete donations is also possible, with $ 35- $ 125 being the range for sperm donations, and $ 5,000 – $ 10,000 range for egg donations.

There are also cases where it has been effective to push people to stop unhealthy behaviors. Studies have shown that paying people to quit smoking can be a powerful incentive. These studies offered rewards to smokers that ranged from $ 45 to $ 700. People who received a reward were less likely to resume smoking, even after the monetary incentive ended.

In contrast, the Uniform Anatomical Gifts Act expressly prohibits payment for organ donations. Here, the concern is that allowing payments would undermine the altruism underlying the current system, such that no one would give away their organs for free if there was a market for them. And where there is a market, it will exploit the poorest among us, who are the most vulnerable.

In countries that do not prohibit payment for human organs, there is anecdotal evidence of unscrupulous health care intermediaries and providers profiting from the despair of wealthy recipients at the expense of impoverished and vulnerable donors.

Why money for COVID-19 vaccination is different

In the medical context, monetary incentives are often not available when participants take a health risk that nonetheless provides them with some potential personal benefit. Instead, the payment is more likely for people who agree to participate in clinical trials in which participants are unlikely to benefit medically from their participation. This also applies to payments for plasma and gamete donations as donors do not benefit medically from their participation.

A massive payment plan designed to promote vaccination against COVID-19 would be very different from current monetary incentives. In addition to its novelty, our concern is that such a scheme would have unintended consequences.

First, we don’t have real behavioral studies in this area, unlike the case of rewards for quitting smoking. Similarly, as vaccine rewards advocates admit, there is no data on how to set the appropriate reward.

Second, the proposal could backfire. People who no longer trust vaccines may view the mere availability of payment as confirmation that vaccination is especially risky or undesirable. And individuals or organizations interested in promoting vaccine misinformation may present the payment that originates from the government as “proof” of hidden or deep-state agendas associated with vaccination. If people perceive the monetary incentive in this way, it could contribute to further hesitation for the vaccine, precisely the opposite of what it is intended to do.

Third, we are concerned about the socio-economic foundations of this proposal. An amount close to $ 1,000 is supposed to prompt a person to change their attitudes towards vaccination. In practice, this means that the richest people, who don’t budge for $ 1,000, can simply ignore the reward. However, the poorest people are expected to change their behaviors in exchange for money. This is a paternalistic approach that does not help build trust in government and public health authorities among the poorest communities.

For these reasons, we urge regulators and legislators to be cautious in this area. We all want the pandemic to end as soon as possible. But we have to get the right incentives, which means relying on data and not just unstudied theories.

This article was originally published on The Conversation by Ana Santos Rutschman and Robert Gatter. Read the original article here.