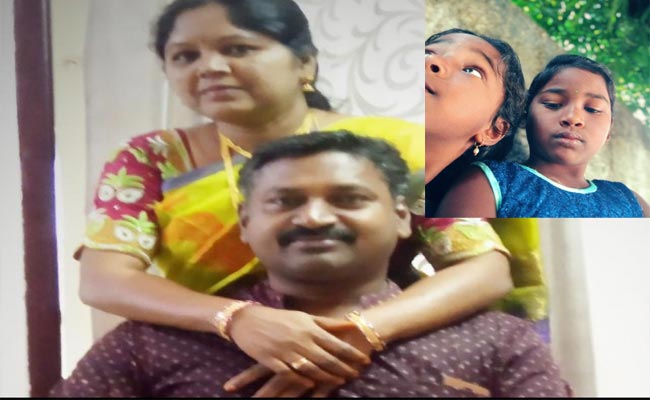 Witness, Nallagonda Crime: Hatred on husband .. Jealousy on stepmother .. Versace two Abham Shubham killed unknown children. She was eight years old when her husband remarried. She killed her stepdaughter and then forcibly killed her two children. The incident caused a stir in the town of Nallagonda on Thursday. Goat Pradeep Yadadri from Nallagonda is working as a computer operator in the Bhubaneswar District Child Welfare Department. He lives in Nallagonda and commutes to and from work every day. He was married to Prasannarani (45) in 1999. She got married for the second time in 2012 to Shantamma. Both the wives are employed in Nallagonda ICDS on outsourcing basis. First wife Prasannarani has a son Deepak and a daughter Rutvika. While Deepak is trying for a job, Rutvika is studying tenth class. Prasannarani resides in Jubilee Hills, near the Collectorate, while Shantamma resides in BTS. Believing that they were together … Prasannarani began to suspect that her husband was spending more time with his younger wife Shantamma. It gradually became hate. Ikram had a conversation with Shantamma 40 days ago. No longer believed that everyone was together. The traffic between the two started when she also expressed her willingness to do so. Prasannarani, without any doubt, woke up calmly and confidently with her children Medashree (7) and Ruchira (5). In this context, Prasannarani went to Shantamma’s house on Thursday as it was her wedding day. Afterwards she came home with her daughters. Two children were hanged and killed according to a pre-arranged plan. He also committed suicide by hanging himself to a fan after making sure they were dead. Read: (Being harassed by a loved one ..) You cheated on me. A suicide note written by her before she died was made available to police. ‘Dear Pradeep, on the same day in 1999, with a dowry of Rs. I live in the illusion that my passion is my own. For the past eight years I have been cheated on, left children and remarried and had two children. I pretended to be a good husband. I am not a patient .. I am not a childless person. Do not sit and eat if you bring. While earning equally with you. Which law provides for remarriage while the wife is alive? I did this with the compliment that whatever a man does is valid. That’s why the day you come into your life is going away. Doing my kids nonsense. Buy Alox (son)’s favorite bike with my PF money. Buy a phone for sale. I was deceived, “the suicide note read. Read: (Can’t live in a world without a daughter!)
Source